Get ready for Endwalker with these cheap MMO mice on Black Friday 2021. 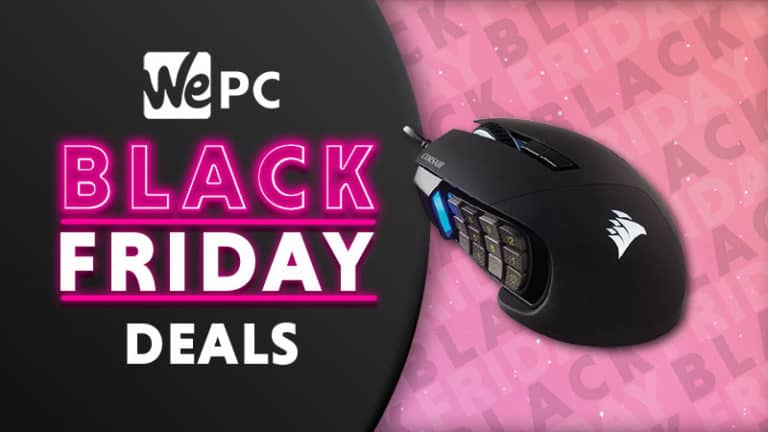 Black Friday is here! Grab the best deals at Best Buy, HP and Amazon and be sure to check out our top Black Friday MMO mouse deals below.

2021 has been the year of the MMO. There have been several iterations of WoW Classic TBC and SoM launching, along with the rise of FFXIV, and several new games like CrowFall, New World, Elyon, and more. With the genre back in the mainstream, it might be time to invest in getting yourself MMO ready, especially with the upcoming Endwalker.

Luckily for you, it is Black Friday season. Plenty of retailers are doing some amazing deals right now, especially with places like Amazon. In fact, some of the cheap MMO mouse deals you’ll find are the lowest they have ever been. Here are the best deals we have managed to find so far this Black Friday & Cyber Monday Weekend Deals.

For example, the Razer Naga Trinity was on sale for £30 during the Amazon June sale. However, it is now £48.99 right now. Which is an even bigger sale than normal.  The other important part to mention is that the Razer Naga Trinity is fairly similar to the Corsair Scimitar’s price, which is one of the most popular MMO mice on market.

In terms of the product difference, the Corsair Scimitar is entirely designed around MMOS. It features a 12 button mouse grip. Which you can use to bind your hotkeys and make it easier to press your buttons using one hand. It also comes with an adjustable mouse button position, allowing you to get a more ergonomic mouse if you so wish to modify it slightly.

On the other hand, the Razer Naga Trinity is the most recent iteration of the Naga series. It is typically designed for MMO gamers, but, Razer has taken the mouse to the next best step, b offering modifiable mouse keybinds. You can add the typical 12 button MMO style keys, or you can get six for the MOBAs or even two extra for an FPS build. If you like playing a mixture of games, as most MMO players do, the Trinity might be the option for you.

If you’re looking for more deals, we are collecting the best gaming mice deals we have come across so far.