What Black Friday deals have we got for the flagship Intel motherboard? 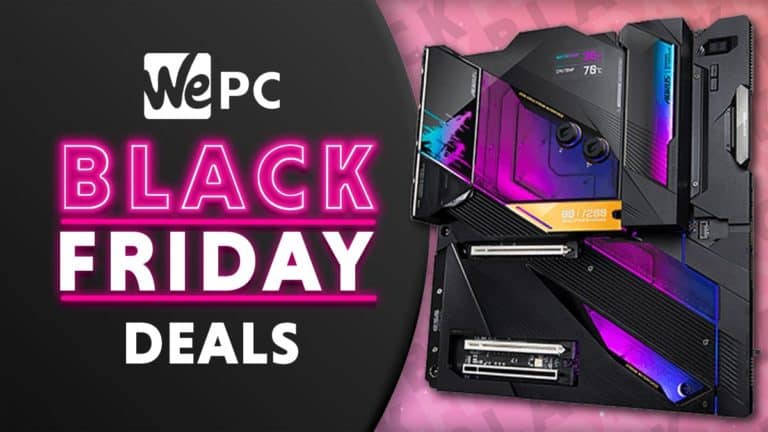 The Z690 motherboard is the best pairing for most Intel CPU SKUs, however, as it is the flagship, it comes with an expensive price tag.

The good news is, every year several different retailers offer lucrative Black Friday Z690 motherboard deals and we expect 2022 to be very much the same.

Of course, Intel’s 13th gen is on the horizon, which could mean that Intel’s 12th gen and Z690s will keep getting more and more affordable by the time we reach Black Friday.

The Z690 chipset supports features such as DDR5 RAM (DDR4 models available too) and PCIe gen 5.0, which brought gamers into the next generation of hardware.

We are already starting to see discounts on DDR4 and DDR5 Z690 motherboard pages, which gives us confidence there may be some highly sought-after deals the closer we get to Black Friday.

Where to buy the best Z690 Motherboard Black Friday deals

Black Friday takes place globally in the real world and online, meaning most major retailers will be taking part. Whether you buy your tech locally or through Amazon and Beest Buy, there should be similar Z690 deals across the board.

When will Z690 Motherboard Black Friday deals start in 2022?

We usually see some retailers dropping prices one week all the way up to one month in advance, giving shoppers loads of time to grab the deal of their dreams.

More good news for those out there that cannot wait, many retailers are already dropping prices on select Z690 motherboards but whether or not these will be even lower by the time Black Friday arrives is unknown.

How to get the best Z690 Motherboard Black Friday deals

High-value items such as the Z690 motherboard usually receive a good discount on Black Friday and with the upcoming launch of Intel’s 13th gen processors and accompanying Z790 motherboards, it looks more and more likely.

This isn’t to say Black Friday deals for the Z690 are guaranteed but with discounts already starting to show, we are optimistic.

To give yourself the best chance as we approach Black Friday, add items to your wishlist, track pricing, and save the biggest retailers such as Amazon and Best buy as bookmarks.

As deals go live over the coming months, we are going to be updating this page with fresh shop links, helping you get the Z690 in your basket before others.

Z690 features to look out for this Black Friday

Just like other flagship motherboards, the Z690 is available in large E-ATX models, all the way down to the smaller Mini-ITX, meaning no matter your build size, there is a board for you.

This new generation board (until the 13th gen arrives) features the LGA 1700 socket, shipping with 500 additional contact points. This has increased the size of the socket from a square 37.5mm x 37.5mm (LGA 1200) to 45mm x 37.5mm, meaning you will need a new cooler or mounting bracket.

Will the Z690 motherboard be on sale this Black Friday?

It is highly likely we will see the Z690 motherboard receive discounts this Black Friday, with some retailers already slashing prices.

When will Z690 Motherboard Black Friday deals start in 2022?