Chivalry 2 classes guide: Tips and general overview of each class

Here is a class picking guide for Chivalry 2. 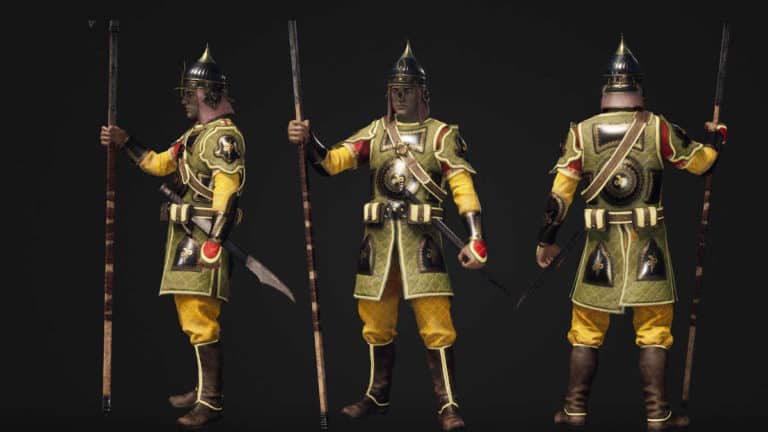 Chivalry 2 returns players to the medieval era, allowing players to strike their foes with a variety of one and two-handed weapons, along with using ranged, throwing, and special abilities. The variety of weapons and skills help players to separate players with different builds and playstyles to mess around with. Below we will go through what to expect from the Chivalry 2 classes and find the one right for you, along with some tips.

In total, there are four classes in the game, available for the same faction. These are the Archer, Vanguard, Footman and Knight. Each class has three unique subclasses, which offer a slightly different playstyle to the one before it. Not to mention that carries different, primary, secondary and tertiary options, and their abilities tend to be different.

In addition, the classes tend to have different armor classifications, which impacts their speed and defence rating. The Archer has the lowest amount of armor, but has a fast movement speed. Meanwhile, the Footman has medium speed and medium harder, while the Vanguard tends to have slightly less armor and more speed. finally, the Knight is the most defensive, but is slightly slower.

The Archer has a variety of playstyles, with the longbowman being one, the crossbow being another, and then the Skirmisher being the last. The difference between them is as follows

As for the abilities, the Longbowman has a falling brazier they can use to add fire damage to their arrow that will burn their target over time. The Crossbowman has a rally flag, which heals nearby allies until it’s destroyed, and the Skirmisher gets the restock ammo skill to replenish their thrown weapons.

The best bet is to use the bowman in mid to long-range scenarios, as tor elevate them to make it easier to land your arrows as they drop. Crossbowman can be much further as the crossbow has an easier-to-use bolt curve than the bowman. You can also play them closer to the frontline and on objectives thanks to the pavise shield. The Ambusher is more suited to the front line as a  mid-range harasser.

The Vanguard has the following subclasses:

The Raider is the class that those who like tactically switching between weapons will enjoy. They are very versatile and can use blunt weapons to combat knight and footman, or bladed weapons against vanguards and archers.

Ambushers are a unique class, we recommend not running in, and looking for alternative paths to flank enemies and abuse your bonus damage backstab attacks.

Lastly, the Devestattor is a fast two-handed class. Use your doges and movement more efficiently to outmanoeuvre most defensive classes and strike with techniques like accelerating your blade.

Note all classes in the Footman tree use field medic kits that heal single allies.

We recommend playing the poleman within your front line, and poking the enemies down. Your strong attack also deals lots of damage and can catch enemies off guard while they misjudge your striking range.

The Man at Arms is best used to stall enemies and then outmanoeuvre enemies with their light yet defensive kit. You can also take fast-hitting weapons to stagger harder-hitting weapon users to hack away at them over time.

As for the Field Engineer, hitting enemies in the head with your Sledge Hammer is the best, not to mention it is a fast weapon and can take down knights and footmen easily. Also, support your archers with buildings, or fortify an objective area with your kit.

The Officer is versatile yet slow class. Build them to your style and role with the strengths of that playstyle.

The Guardian is tankiest class in the game and serves well in the thick of it supported by archers and other long-range classes. Take the beating, and stick your healing banner where the fighting is thickets, such as objectives or places the enemies need to climb or assault from.

Lastly, the Crusader is the meathead with lots of armor. These guys can handle multiple enemies when played well, and their fire bomb makes great for ensuring you can successfully lead the charge and attack an objective or hold a defence.

This concludes this Chivalry 2 class picking guide. We hope these tips and brief rundown give you an idea of what to expect from them and how best to play them,