There's some aces in the hole for this in development XCOM cowboy game. 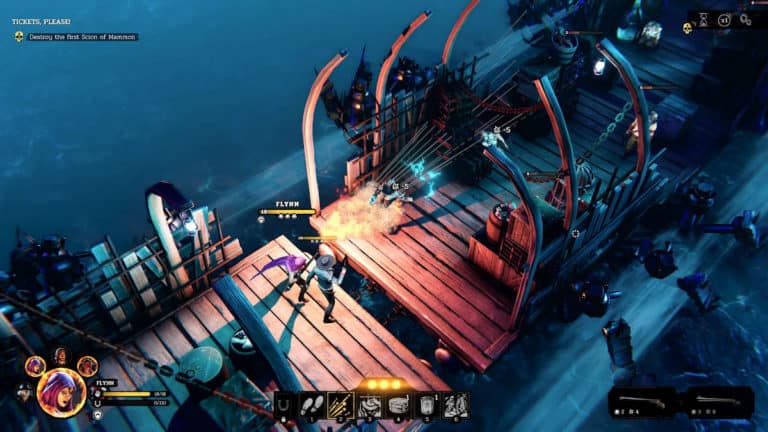 Hard West 2 is the upcoming sequel to the original cowboy slash XCOM style game released in 2015. While the dev studio working on the series has changed, Hard West 2 is still on its way to becoming a worthy successor to the indie strategy title. WePC had the opportunity to play a 2-hour long demo of the game, and there are certainly aces up its sleeves.

The core of Hard West 2 is a game is a turn-based strategy with XCOM style combat. However, it different style into a sort of RPG narrative, with player choices that affect how combat plays out and what happens to characters in the game. There is also a world map that you can wander around, finding side quests and main quests alike. It follows on from that core gameplay experience in the first game, but with an expanded world while retaining its supernatural western elements.

As for the combat, there is a few new twists. Each character has action points, which you can use to move, shoot and use character abilities. While that is standard, there is a rest twist to it. If a character you control gets a killing blow, they get their action points back. You can then use these to continue firing your weapons at your target, use actions, move and more. It gets really interesting when you have a character go on a killing spree, wiping an entire force out with ease. It might incentivise you to risk it all and make interesting plays and find creative uses of your character’s abilities for those epic moments.

Also, this is a much more casual and genre friendly version of the XCOM gameplay. In this game, there is a luck feature. If you find yourself struggling to land your shots, your character will fill its luck bar. You can then spend that luck when you need that character to guarantee a successful hit. It’s a nice QoL feature that beats one of the genre’s more frustrating experiences while still making it fit for purpose with its story-driven content. But don’t be fooled, the game still has its challenges that can see your posse wipe like in other turn-based strategy games.

Every time you do get yourself into combat for the main mission there are objectives to complete. Most objectives are simply to complete the mission, but there are extras for those more daring. Perhaps it is to wipe out all enemy forces in one turn, or perhaps something else. For those on another playthrough or a genre expert, you may find these challenge prompts quite exciting to attempt. Going for these challenges will certainly add that extra layer of difficulty to your game.

There’s another feature which is fun to play with, the ricochet feature. Certain surfaces like metal drums, chandeliers and more can reflect your rounds. It allows you to make some interesting shots, leveraging positioning to get new ways to create flanking shots, rather than relying on positional flanks to get the job done. It’s one of the cool tricks with its combat features.

Lastly, there is an RPG style inventory system. You will stumble upon more gear, allowing you to tinker with your characters as you will.  Mores, the same allows you to give any character a melee weapon, shotgun, revolver, repeater and more. Hell, you can even make your melee-focused character a ranged character if you really wanted to. There are also different forms of equipment like whiskey, dynamite and more for extra tools to get the job done.

All in all, Hard West 2’s preview offers hope for those who want something a little different from the rather popular XCOM-like genre. We also recently played Weird West, so this game helps with a second helping of that weird cowboy niche, map exploration, and posse management.

There is no release date for Hard West 2 just yet, but there’s an Open Beta running through to June 5 via Steam’s Request Access feature. Have a chance to test the game and help shape it for its full release!