Can Alolan Exeggutor be shiny in Pokémon GO?

Get your hands on a shiny Alolan palm tree if you can! 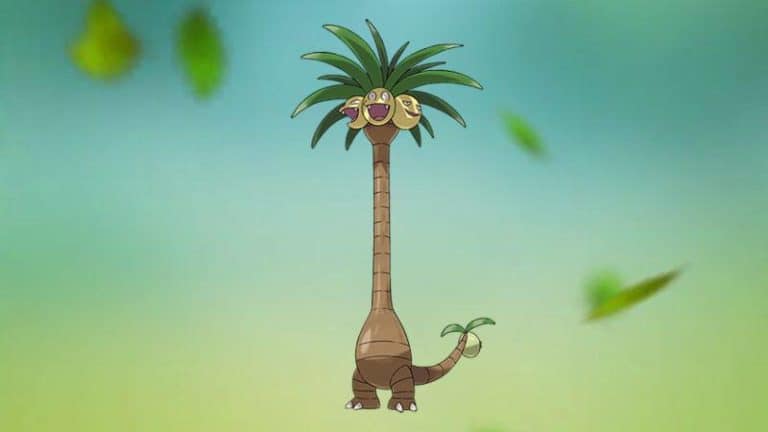 Following an announcement during February’s Pokémon Presents that Gen 7 sprites will be coming to Pokémon GO in March, Alolan Exeggutor is appearing more frequently in the wild. The tall Pokémon resembles a palm tree, and is the regional variant of the Coconut Pokémon Exeggutor, introduced in Pokémon Sun and Moon.

Why is Alolan Exeggutor appearing in Pokémon GO?

As part of February’s Pokémon Presents broadcast, it was announced that Gen 7 Pokémon would be introduced to GO for the first time. Gen 7 Pokémon making their debut in Pokémon GO will include Pokémon not already in the game, such as the region’s starters Rowlet, Litten and Poplio. However, some Alolan regional variants are already in the AR game, including Alolan Rattata, Meowth, Marowak and Exeggute. The latter will be appearing more frequently in the wild before March 1st to celebrate the upcoming Pokémon GO Alola event.

Can Alolan Exeggutor be shiny in Pokémon GO?

Yes! Alolan Exeggutor has been available in it shiny form in Pokémon GO since 2019. If you’ve not been lucky enough to catch one since then, this Alolan event may be your chance. Catch as many Alolan Exeggutor as you can before March 1st, 2022, and you might see a shiny!

It has also been announced that two all-new Pokémon titles are coming to the series at the end of 2022. Pokemon’s ninth generation of pocket monsters will be introduced in Pokémon Scarlet and Violet.