Home » Gaming » Pokémon » Can Vulpix be shiny in Pokémon GO?

Can Vulpix be shiny in Pokémon GO?

Fire or Ice? Can either of the Vulpix variations be shiny in Pokémon GO? 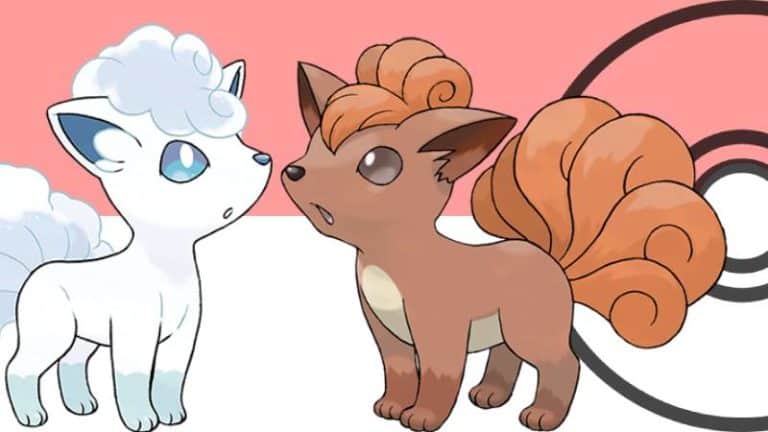 Vulpix, the Fox Pokémon, has appeared in every generation of Pokémon game since its introduction in Gen 1, in either its original Fire-type form, or its Alolan Ice-type variation. As such, Vulpix is possibly one of the most well-known Pokémon ever.

As a Gen 1 Pokémon, Vulpix was one of the sprites available in Pokémon GO at the game’s launch in 2016, but its shiny variant wasn’t available right away. So can Vulpix be shiny in Pokémon GO now? And what about its Alolan variant, which debuted in Pokémon GO in 2018?

Can Vulpix be shiny in Pokémon GO?

The Fire-type Vulpix can be shiny in Pokémon GO, having been released into the game as part of the autumnal event The Seasons Change in October 2020.

Shiny Vulpix is a slightly off-colored variation, turning Vulpix’s usual reddish-brown coloring more yellow. As Vulpix is available in its shiny variant, so is its evolution Ninetales, whose shiny form is entirely white in color, in contrast to its natural, tan-colored non-shiny counterpart.

Can Alolan Vulpix be shiny in Pokémon GO?

Alolan Vulpix can be found in its shiny form in Pokémon GO, having actually been released to the game before even normal Vulpix’s shiny variant. The Alolan Fox’s shiny sprite was added to Pokémon GO in June 2019, in celebration of the game’s third anniversary, alongside the shiny versions of almost every other Alolan variant as well.

As with the Fire-type Vulpix, shiny Alolan Vulpix can also be evolved into a shiny Alolan Ninetales. Both Alolan shinies are much more subtle in their color variation, being just a slightly different shade of white.

How to evolve shiny Vulpix into Ninetales

Both Vulpix and Alolan Vulpix, as well as their shiny variants, can be evolved into Ninetales the same way. There are no special requirements, all you need is 50 Vulpix Candies.

On the hunt for shiny Pokémon to complete your Pokémon GO collection? We have found out some of the other popular Pokémon that can be caught in their shiny forms, such as Alolan Exeggutor, Rockruff and Lycanroc, and Legendary Pokémon Darkrai.