One of the greatest games of all time? 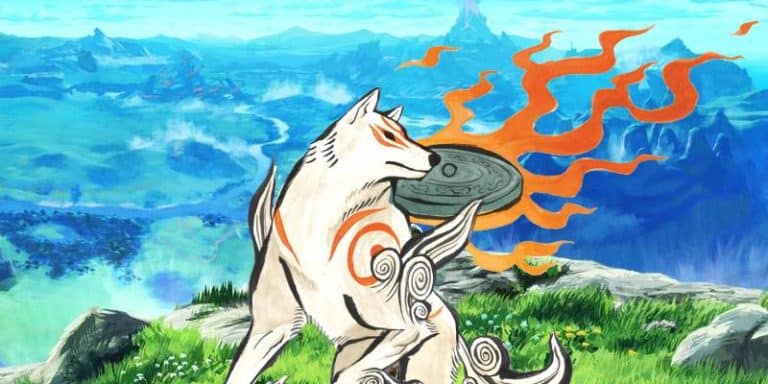 Table of Contents hide
The ‘Zelda’ Format
That Zelda Game where you play as a Wolf…
A Journey of Discovery
A Story of Love, Bravery and Compassion
A Work of Art

Gaming classics usually consist of names like Legend of Zelda, Minecraft, Halo, Tomb Raider, Duke Nukem, Half Life and more… Each of these has cemented their name in modern gaming society. Whether you’ve played it or not, you know about it. They’re all games that have enchanted us when video games started to really become works of art. But out of all of them, one of the longest running titles turned franchise is The Legend of Zelda.

The first The Legend of Zelda came out in 1986 and since then we’ve had 18 games in the Legend of Zelda series, with the last one being Breath of the Wild which was released in 2017, with a sequel to that set to release in either 2022 or 2023. The Zelda franchise has become a well beloved name among gamers, with all of the games following a familiar enough formula but not familiar enough that it gets stale. There’s no question that the Zelda franchise is brilliant, some games are better than others. But here’s the thing… I would argue that the best Legend of Zelda game is not even a Zelda title. Let me introduce you to Okami.

As previously mentioned, the Zelda games tend to follow a pretty straight-forward structure.

You start as Link, enjoying your mundane life until suddenly the inciting incident happens, or maybe the incident happened before your awakening. You tend to start the game as basic as you can, going through one ‘tutorial’ area, then you’re suddenly free to explore the wide open world of Hyrule. From there on, you follow a rather loose narrative thread. You know where to go, but thankfully you don’t have a great big arrow above your head pointing you where to go. The freedom and liberty given to you in all the Zelda games is what tied it all together.

Players never feel as though the game developers underestimated them, there’s minimal hand-holding and the game feels like a challenge. You go from place to place, each with their own mini-bosses, new abilities to unlock and then a big boss. But all throughout the game, you get moments of life, interacting with the world around you. Not just hacking and slashing your way from temple to temple. You get to visit normal places, normal people, play games and little side games and quests.

Then eventually – and when you’re ready – you find your way to the final location with the final Big Boss, usually Ganondorf. Across all of these games, no matter how often we repeat this format, it works. There are some games out there (cough, Pokemon, cough) where the once loved and enjoyed format starts to grow old and stale after years of the same thing. Whereas The Legend of Zelda remains popular, innovative and new with each iteration.

And yet… One of the best ‘Zelda’ games doesn’t feature the pointy-eared blond and their Triforce. No, instead it features the Japanese Goddess Amaterasu of the Sun and a paintbrush-tail.

That Zelda Game where you play as a Wolf…

In the same year that The Legend of Zelda: Twilight Princess was released, so was the PlayStation exclusive Okami. Both of which played like any other ‘Zelda’ game, and yet… Okami was the one that was awarded as the ‘Game of the Year’ in 2006. Despite its poor sales upon release, its now dubbed as one of the greatest video games ever made, and to some its even used as an example of video games as an art form.

And although Twilight Princess is a well loved game, in terms of looks, it wasn’t anything amazing of ground-breaking. Unlike Okami, whose woodcut, watercolour style and cell-shaded environment made players feel as though they were playing an animated Japanese ink-illustration. It was something that had never been seen in a video game and it was a breath of fresh air among a series of games that were all trying to look as ‘real’ as they could. Okami didn’t want to thread the fictional and real together, it wanted to tell us a fantastical tale. One of mystery, adventure, love and bravery, and it didn’t need a bold strong man and his sword to do that.

Instead, we take on the mantle of Amaterasu – Ammy for short – the Goddess of the Sun. We are, by all means, a God. One that’s been asleep for some time and whom the world forgot about. When people see you, Ammy, they only see a white wolf. Your divinity is invisible to them because they long since lost their faith that Amaterasu would ever return. In fact, it seems even you have lost faith in yourself. Amaterasu isn’t as strong as she used to be, having once been capable of amazing feats of power, when you wake up… All you can do is summon the sun. Granted, that’s a fantastic feat by itself, but when compared to time-stopping… you really start to see how underpowered Amaterasu is.

A Journey of Discovery

You quickly discover that the world before you isn’t the kind of one you’d expect. In fact, it’s not even the one that Ammy expects. Having been dormant for so long, you quickly realise that both you and Ammy are just as clueless about this world as each other. But to guide you along your journey, Issun – the inch-tall wandering artist – is there to help. Acting as your guide and voice to other characters, Issun has lived in this world and seen what’s become of it. And although he starts as a mildly irritating flea on your back, he later becomes both your and Ammy’s true friend, inspiration and saviour. Ammy and Issun take on the world together. Tt’s a big world for an inch-tall artist, and an even bigger world for a former God.

As you progress in the world, much like you would in a Zelda game, you go from key location to key location. You go into dungeons / temples where you fight bosses, learn a new ability. Although rather than acquire a new weapon or tool, in Okami, you learn a new magical ability. Whether it’s fire manipulation, bomb-making, time-stop or endless wall-climbing…

You grow stronger and you start to really become Amaterasu, the Goddess of the Sun. Wherever you go, you cleanse away any evil, you leave a trail of flowers in your wake and people start to feel their faith return to them. Furthermore, you start to really feel like a God. When you can run from location to location, sprouting trees, turning day to night, slowing time to a crawl or summon a gale-force wind! There’s little you can’t do.

A Story of Love, Bravery and Compassion

At the core of Okami stands a story about love, bravery and compassion. You are often referred as ‘Amaterasu, origin of all that is good and mother to us all’, which is a pretty big title to be given as soon as you start the game. It’s a big responsibility and you feel it, much like ‘Hero of Time’, ‘Hero of the Wild’, ‘Hero of the Skies’, Ammy and Link are held to such high expectations before they even get a chance to take their first step.

You are expected to be the saviour, to thwart evil and slay monsters. All the while, risking your own life… Because, you soon discover that the Gods in Okami are not immortal. Your predecessor, Shiranui, a previous incarnation of yours, died to his wounds from the very beast that later returns to instil chaos and fear to the town Shiranui sacrificed his life for. Despite the threat of death, you still go for it… Not without a bit of resistance! A welcome sight, because even though Ammy is a God, she will sometimes try to avoid a situation, she becomes braver as the game progresses but sometimes it has to be little tiny Issun who persuades her to go. A tiny thing who’s tired of being looked down on, tired of running away or underestimated. In some ways, Issun is even more powerful than Ammy herself. Because, at the end of it all, this is a game about helping those who can’t help themselves. You might start weak and afraid, but you can become strong and powerful to protect those you love.

A Work of Art

This game doesn’t just border between being a game or a work of it, it is both. There are so few games that are so delicately woven like Okami. The art and design is phenomenal, the music still makes me emotional years later, the story keeps you interested every step of the way, combat is genuinely fun, the puzzles are challenging. It’s one of those games that when you finish, you really don’t know what to do with yourself.

Okami’s worst (and yet greatest) crime? Not being a franchise. Unlike The Legend of Zelda, we didn’t get a new game every couple of years. As easy as it could have been, considering Amaterasu is a reincarnated Shiranui, there could have been a new God after Amaterasu, with their own little inch-tall artist. But each incarnation had a different threat to oppose… This could have been so easy to do, people would buy it. But keeping it unique, a stand-alone game, might have been the greatest thing to do. Because, to this day, it remains one of the best games of all time.