Home Blog Tips & Tricks CPUs APU vs CPU vs GPU. Which One Is Best For Gaming?

APU vs CPU vs GPU. Which One Is Best For Gaming? 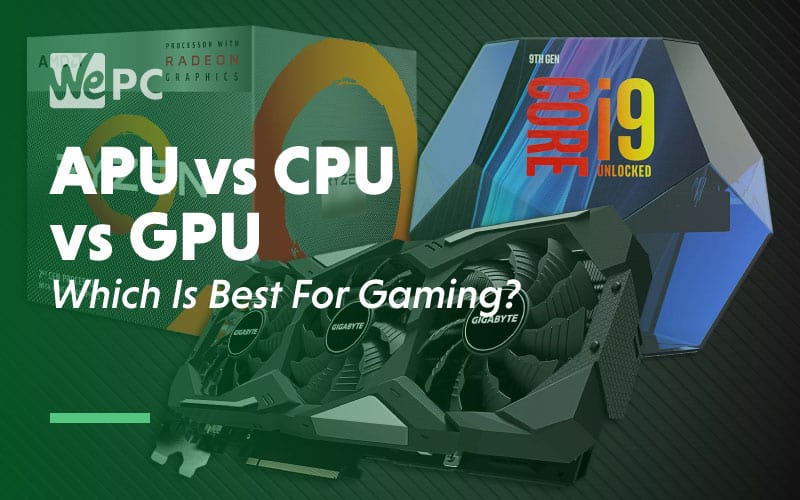 APU vs. CPU, what should you get for your next PC build? In this article, we are going to go over the key differences between APUs, CPUs, and GPUs to aid you in your decision, ensuring you get the best build for your money!

Whether you are looking into a new office PC or a brand new gaming rig, the processor you go for can have a significant impact on your day to day performance.

So should you rely on the APU/CPU integrated graphics or go for a fully dedicated graphics card? Well, we hope to make sense of this today.

What Is A CPU?

The CPU, otherwise known as the processor or central processing unit, is the most important component of any PC. The CPU essentially receives all the data being input and directs it where to go. Computer software sends instructions that need to be processed, and the CPU executes these instructions.

A processor with higher core and thread counts will allow the CPU to receive more tasks at once, resulting in greater productivity. A CPU will also feature a certain clock speed, the faster the speed, the faster those processing tasks are completed.

Both of these increase how much data a CPU can handle, which results in a smoother user experience overall. 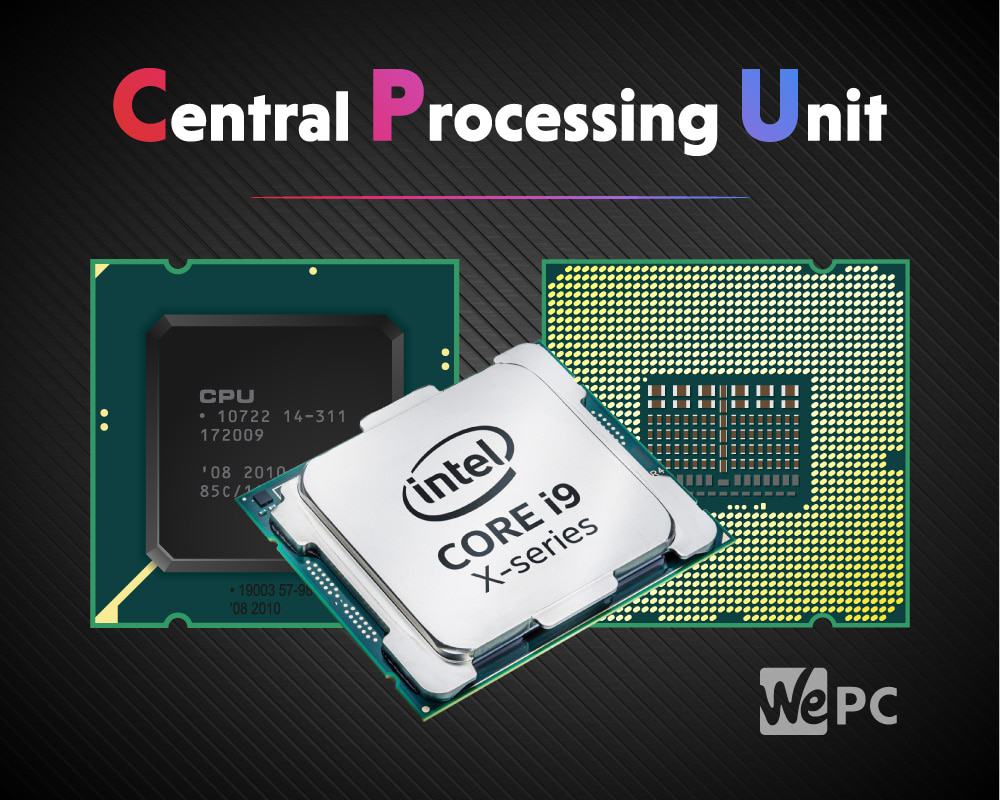 What Is A GPU?

A graphics card or video card, commonly referred to as a GPU, is usually one of the main components for gaming-based computers. The faster your video card can process information, the more frames you will get every second.

Since games are visually demanding, they require a more powerful graphics card than your standard office PC.

Video cards are often the most expensive part of your gaming build and can be a tricky mountain to tackle when on a strict budget. There are cheap video card options, but they don’t always offer good gaming performance. 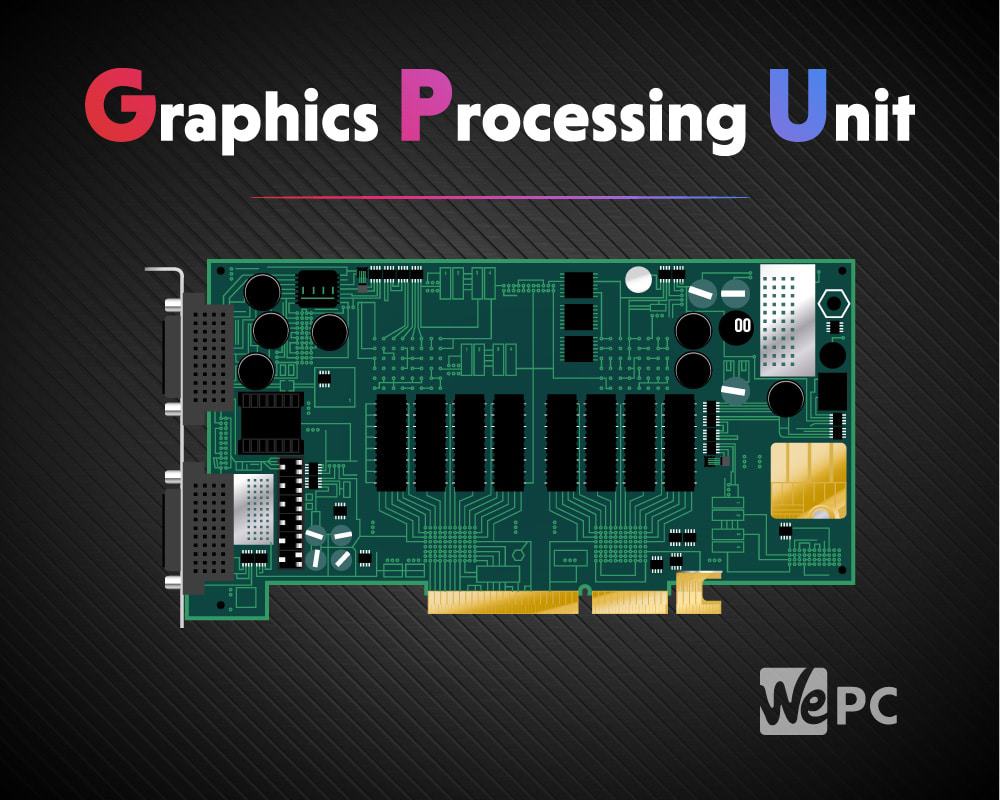 What Is An APU?

Simply put, the APU is the best of both worlds, offering the combination of both a CPU and GPU into one component. AMD was able to use its GPU architecture to create a better graphical experience than Intel with integrated chips. 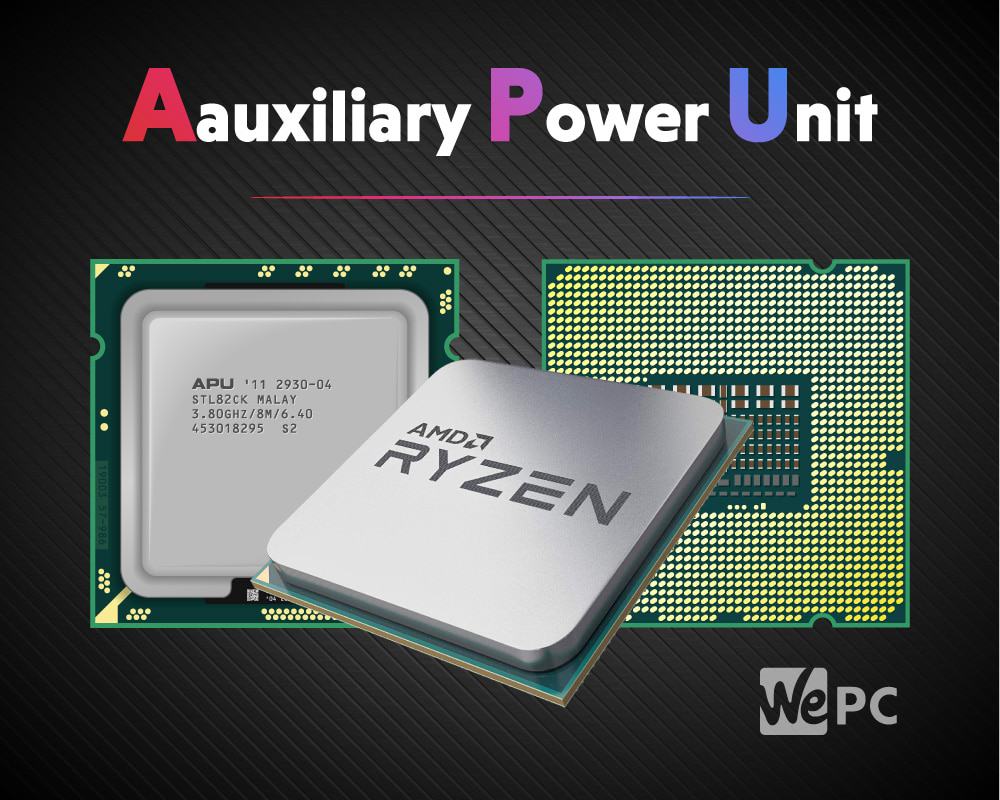 What Is Integrated Graphics?

As mentioned above, most Intel CPUs feature integrated graphics, as do all AMD APUs. Both versions of integrated graphics work in a similar fashion, however, AMD's Vega graphics can deliver a much better gaming experience. So APU vs CPU for gaming? APU takes this victory with ease.

While integrated graphics (iGPU) can enable gamers to play on a tight budget, the graphical power is far away from the performance levels of even some entry-level dedicated GPUs. So if you enjoy graphically demanding games or like to play in high settings, then you are most likely going to need a graphics card.

What Does An APU Offer?

In 2019, AMD hit the market with its successful lineup of 3rd-gen Ryzen processors. Offering great core and thread counts at affordable prices, they quickly became popular amongst gamers.

AMD also released the updated APU based on Ryzen with scaled-down Vega graphics. This was a great addition to their Vega graphic platform, as they are significantly stronger and more powerful than the first Radeon graphics generation.

Both APUs offer a quad-core processor with speeds of over 3.5Ghz. This allows for a much more solid CPU foundation if paired with a graphics card at a later date.

APU Without A Dedicated Graphics Card

As mentioned, the APU is perfect for the price-conscious gamer looking for their next low budget build. Both AMD's current models feature quad-core processing with multi-threading, giving some excellent performance across the board for, well, less.

While this cost-cutting solution can give you more money to spend elsewhere, you will be sacrificing graphical performance as the power of these is rather limited.

Like all AMD's processers, they benefit from dual-channel, fast-acting memory, so buy accordingly if going down this route. 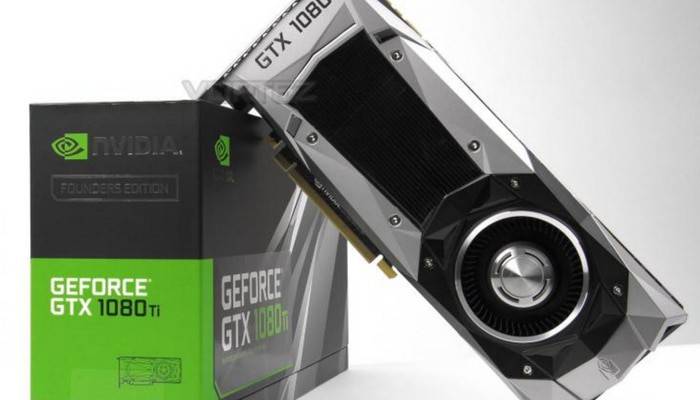 A CPU paired with a dedicated GPU will always bring the best gaming performance. However, this will increase the overall cost of the build.

Both components are equally important for gaming and bringing that balance to your PC in general. While many consider the CPU to be the most important aspect of a PC, you cant enjoy the majority of games without a dedicated graphics card. A GPU has a separate chip, its own power budget, its own cooling, and its own memory, simply giving you more power to play with.

Whether you buy a dedicated GPU or not is linked to your budget, as this will often incur the most cost.

How Easy Is It To Upgrade?

Everyone wants longevity out of their equipment, but upgrades are inevitable. If you’re going with a traditional processor and graphics card setup, this can be an expensive process.

Upgrading your video card is usually pretty straightforward, as compatibility factors don’t change very often. When upgrading to a dedicated graphics card in an APU system, the integrated graphics will be disabled, giving you a dedicated processor.

Before the release of Ryzen, upgrading your APU system was a pain. The sockets on the motherboard didn’t match with that of the AMD gaming line of processors, and if you wished to upgrade, then it had to be specifically paired with a matching Radeon GPU.

This meant that if you wanted to upgrade to anything newer, then everything had to be swapped out. The resulting, steep price made APU’s a bad business decision.

This all changed, though, when they released Ryzen and gave us a better CPU platform. Upgrading became an easier and less expensive task, with all Ryzen CPUs and APUs using the same socket.

At the same time, AMD introduced backward and forwards compatibility within the Ryzen family. All Ryzen based CPUs are and will be an AM4 socket, and all past, current, and future chipsets will be compatible.

Adding a graphics card down the road is as easy as pairing with a CPU now because that’s basically what it is. The Ryzen based APU will work with any graphics card, allowing much more flexibility in deciding how you want to upgrade later.

APU Vs. CPU And GPU: Who Wins?

As mentioned, this is mostly down to your budget and gaming needs. An APU will never compete with a CPU/ GPU setup, but that doesn't mean its a waste of time or money. Going down the budget route with an APU means you could upgrade your system to feature a dedicated graphics card at a later date. On the other hand, you could save more and splash out on a dedicated GPU, giving you a boost in graphical power right out of the gate.

For the majority of users, I am always going to suggest going for a CPU and GPU pairing as it's going to provide you with a much better experience and won't leave you needing an upgrade quite as fast.

At the end of the day, APUs are never going to be ideal for gamers. However, they offer a solid entry-level way into PC gaming, giving you time to save up!