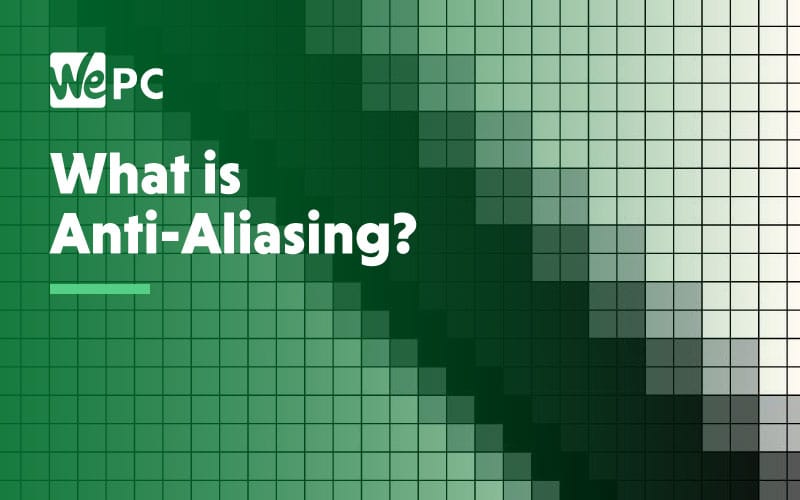 Getting your in-game graphics settings right can sometimes be a little bit daunting, especially when they don't clearly label what they do. We are going to make things a little bit easier for you in this article and breakdown the setting known as 'anti-aliasing'.

You will have come across this setting in your options countless times on many games, but what does it do, how does it work, and why does it decrease performance?

So, What Is Anti-Aliasing? 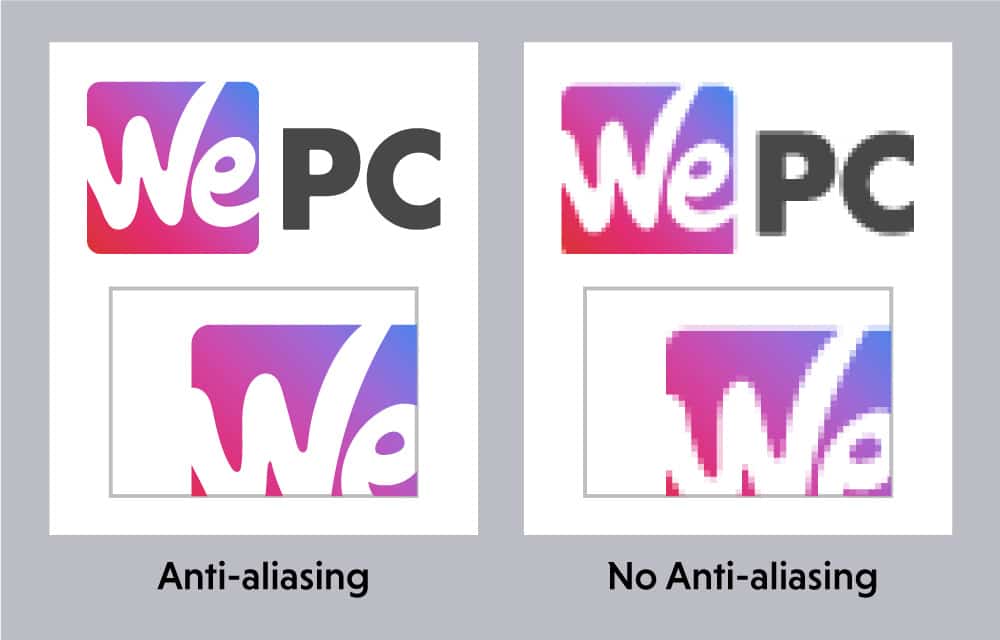 Anti-aliasing aims to remove those jagged step-like edges from your game which we sometimes see occurring when playing in lower graphical settings. Unlike in the real world where we have rounded objects, the reason we get these jagged edges in the first place is down to the fact that everything we view on our monitor is in the form of pixels, which are, of course, square.

To combat this staircase effect we see on every slanted or round image, we use anti-aliasing. This setting reduces the aliasing effect on the images by essentially blending the colors at the edge, creating a smooth illusion. This blended effect does come at the cost of computing power and can often lower your FPS, especially if you have a lower-end build.

There are a few different types of anti-aliasing with varied performance impacts. This is why, on a lower end type of AA, you may sometimes notice that your game is a little bit blurry.

In the rest of the article, we are going to go into the different types of anti-aliasing out there, how they can impact your graphics, and which would suit your PC for a smoother experience.

The Different Types Of Anti-Aliasing

Although the end result is the same with the various anti-aliasing types, which one you pick is largely down to your system's hardware. Let's have a look at the different AA types and see how they work.

SSAA is an extremely efficient way of combatting the jagged effect and was the first available, but it is highly demanding. The way this type of anti-aliasing works is by making your GPU render a game in a higher resolution which it then downsamples. As mentioned, this is the best way, but it requires a high-end PC for it to work smoothly as it increases the pixel density and displays a much sharper image.

MSAA is one of the more common AA types out there which only smooths out polygons. This type of AA is more balanced compared to others as it cuts down on processing power and still produces a smooth effect. You can often find MSAA in games labeled as 2xMSAA, 4xMSAA, and 8XMSAA with the latter requiring more PC power.

CSAA was developed by Nvidia and features on their more modern cards. It is similar to EQAA, which we will cover next, but essentially yields similar results to MSAA. Despite the similarities, it achieves this at only a fraction of the performance cost.

EQAA was developed by AMD, and as mentioned above, it works in a similar way to MSAA; however, it won't impact performance as much.

FXAA is often at the lower end of the scale and is a perfect option for the low-end PC user. This less demanding type of AA blurs the edges of these jagged objects which can result in a smoother image; however, you will often find the image to be blurry in general.

TXAA uses slightly more processing power than FXAA but combines several different techniques together to produce smooth edges. Despite only working on newer graphics cards, it isn't perfect, and blurriness can still be seen when using it.

What Type Of Anti-Aliasing Should You Pick

There are many different anti-aliasing types/techniques available, but you may only see one or two depending on which game you use them in. For less powerful PC's FXAA is your best bet as it will smooth those jagged edges with the least amount of performance impact. It is worth noting though that FXAA does have a blurry effect, resulting in your game not looking quite right (better than jagged objects though).

At the other end of the scale, SSAA comes out on top. SSAA combats jagged objects very efficiently, but it does require a high-end PC to work smoothly without performance dips. SSAA really makes graphics look great as it forces a higher resolution picture and scales it down to fit your resolution.

A good middle ground, however, is MSAA. MSAA is the more common of the bunch and gives gamers with a mid-level PC a variety of options (2X, 4X, 8X). MSAA is a balance of SSAA and FXAA as it cuts down on performance impact yet still provides a smooth image.

Your resolution will also be a factor when it comes to anti-aliasing and which type you can use. Playing on small 1080p 21" monitors you probably won't notice aliasing. However, larger 1080p monitors could have very noticeable aliasing on the screen. When it comes to 4K gaming monitors, you probably won't notice aliasing that much if at all (depending on how close to the screen you sit) and this is because of the higher pixel density.