In this article, we have put two of AMD and Nvidia’s graphics cards head to head to find out which is the better of the two. The graphics cards we have tested and benchmarked are the RX 5700 and the RTX 2060.

We have discussed their specifications, focusing on resolution, architecture, fps, and VRNvidia AM, to discover which GPU comes out on top. 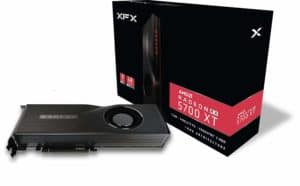 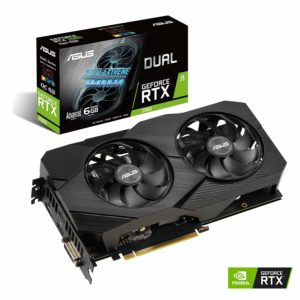 When you are looking to purchase a graphics card realistically, you are going to end up with one from either of these two companies.

While Nvidia outshines AMD when it comes to the majority of their higher-end graphics cards, AMD is hot on their tails. AMD’s low to mid-range graphics cards have significantly improved over the last few years.

When it comes to clock speeds, the RX 5700 is better by a significant amount.

Architecture is one of the most essential things you need to consider. It will have a big effect on your overall performance when gaming.

The architecture the RX 5700 uses is RDNA. This is a big step up for AMD. It uses technologies such as VR, FidelityFX, and Radeon Imaging sharpening. It helps to reduce input lag and produces a tear-free image. It uses fewer shader passes to create a better image overall.

The RTX 2060 uses Nvidia Turing architecture to provide Variable Rate Shading which is next-gen. The graphics are particularly powerful and AI-Enhanced. It uses DLSS 2.0 and concurrent processing. When compared to Nvidia’s previous generations of GPU, the Turing architecture is 6X faster in its performance.

As both of these GPUs use completely different architecture, it is difficult to pinpoint which is better. They are both future proof and support next-generation gaming.

The RX 5700 has one fan and a blower-style system. This works by circulating the air around the GPU to keep it cool.

The RTX 2060 uses two dual-axial 13 blade fans. These keep the GPU very cool and are quiet in their performance.

The RTX 2060 stands out from the RX 5700 because it uses a next-gen 6 phase power supply. This is useful if you are looking to significantly overclock your GPU.

The maximum GPU temperature of the RX 5700 is 110℃. For the year 2060, it is 88℃. There is a significant difference between the two. These figures represent the maximum heat before overclocking.

The RTX 2060 seems to have a better cooling system overall and the RX 5700 is the more powerful GPU of the two.

The dimensions of a GPU are important as you will need to ensure there is enough room in your build. The majority of graphics cards are similar in size, but they can vary slightly.

The dimensions for each GPU are as follows:

The RX 5700 can also be used with a PCIe interface. Given this is the better option, especially when it comes to future-proofing.

The resolution and fps of your graphics card are important. This controls the image quality and how the overall image is presented on screen.

The majority of gamers use 1080p, therefore both resolutions would be suitable. However, the RX 5700 is more future proof.

The benchmarking proved interesting. While the RX 5700 fared better during gameplay and effective speed, the RTX 2060 was far better at multi rendering.

Ray Tracing allows more realistic lighting in-game. If you play games such as Battlefield or Quake II RTX you will benefit from Ray Tracing.

It is still a fairly new concept and it is only the Nvidia GPUs that currently have this embedded into their card. Given this, the RTX 2060 has this feature, but the RX 5700 does not.

The lighting is still great with the AMD GPU, but its capabilities do not quite match the Nvidia ray tracing yet.

When choosing your GPU the VRAM is important. A good gaming GPU should have at least 8GB for it to function correctly at a resolution of 1080p. If you are looking to game at 4K, you will need more than 8GB.

Both GPUs have a memory speed of 14Gbps. When looking at the memory size, the RX 5700 is slightly higher with 8GB, the RTX 2060 has 6GB. They have the same memory type, which is GDDR6. This is currently the highest specification, as GDDR7 is yet to be released.

The higher memory size of the RX 5700, does make it the better option. However, this is reflected in the increased price.

When looking for a high-end graphics card, both are excellent choices. However, you may be surprised to find that AMD was slightly better.

Both have a similar standard of architecture, but the RX 5700 does have better specifications when looking at the interface, memory size, and overall effective speed. However, the RTX 2060 has ray tracing capabilities.

While the RX 5700 did perform slightly better the differences are minimal. The RX 5700 is the more expensive GPU. If you are on a budget, the RTX 2060 is the better option. 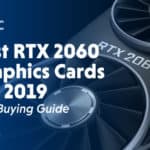 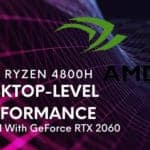 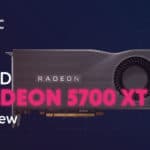 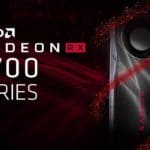