Home » Gaming » How to Get Guilmon In Digimon Survive

How to Get Guilmon In Digimon Survive

We'll help you unlock Guilmon right away in Digimon Survive! 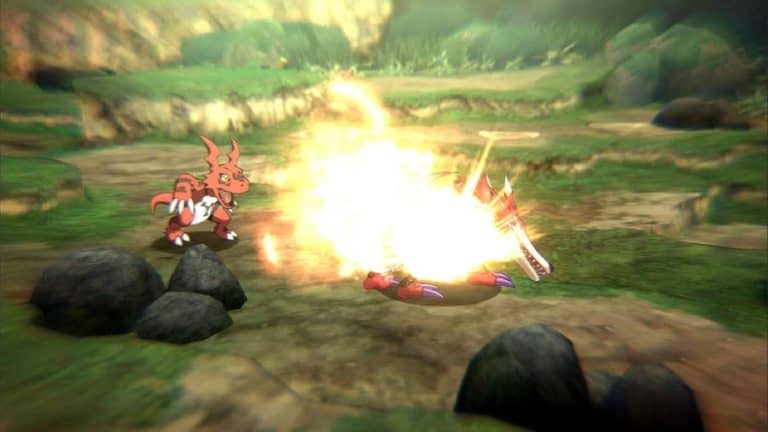 Table of Contents hide
How to Get Guilmon – Pre-orders
Digital copies
Physical copies
Is Guilmon a Limited-time offer?

Want to know how to download and add Guilmon to your party in Digimon Survive?

We’ll help you get this fan-favorite Digimon right here.

Digimon Tamers is a beloved series among Digimon fans.

Guilmon made his debut as the main Digimon of this darker iteration and quickly became every bit as iconic as Agumon.

While he isn’t a partner Digimon for the main characters, Guilmon can be found in Digimon Survive, and you can unlock him very early in the game too.

Follow these steps to recruit the Digimon to your squad.

READ MORE: How to Recruit Digimon in Digimon Survive

How to Get Guilmon – Pre-orders

The easiest and simplest way to get Guilmon in Digimon Survive is to have pre-ordered the game.

Every Pre-order of Digimon Survive gives you access to a bonus pack that includes them alongside an HP equip item.

As soon as you begin the game and have access to the pause menu, you’ll see an option to redeem the pack and add the dinosaur Digimon to your squad. As soon as you can choose Digimon for battle in Digimon Survive’s first chapter, Guilmon will be available alongside your partners and recruited Digimon.

All you need to do is purchase a digital copy of the game within the first month of release. Guilmon is downloaded alongside the game, and you can add him to your party as soon as you first boot up Digimon Survive.

Players follow a similar Guilmon unlocking process if they’ve bought a physical copy of Digimon Survive within a month of release.

As long as your copy of Digimon Survive isn’t pre-owned, there will be a valid download code inside the game box. Proceed to your platform of choice’s online store to redeem the code and receive your new Digimon.

Is Guilmon a Limited-time offer?

At the time of writing, it is unknown if Guilmon will be unavailable in Digimon Survive after the first month following release has passed.

Hopefully, there will be additional ways to unlock the Digimon in the future, but for now, the best way to get them is just to purchase the game.

If you are a fan of Digimon, and Guilmon in particular, it might be better to get in on the game sooner rather than later.

1 thought on “How to Get Guilmon In Digimon Survive”