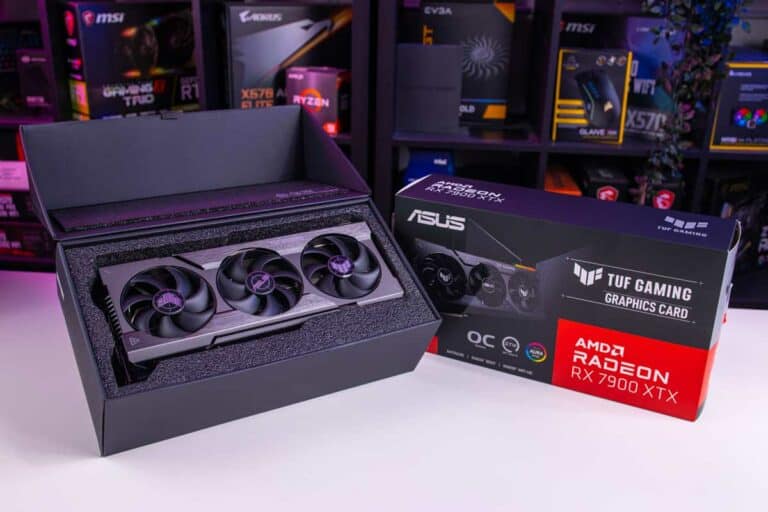 Excellent streaming performance is possible with the AMD Radeon RX 7900 XTX. To bridge the performance gap between itself and Nvidia, AMD has made significant improvements to the hardware compatibility and overall performance of its latest graphics card generation.

A GPU must have specific specifications that match these responsibilities in order to be ideal for video streaming. When streaming at high resolutions, such as 4K resolution, it necessitates numerous multithreaded operations and uses up a lot of VRAM.

The AMD Radeon RX 7900 XTX’s GPU can handle a lot of information thanks to its 24GB GDDR6 VRAM. When the 960.0GB/s bandwidth and the 384-bit memory bus are combined, this GPU can do astoundingly well in this kind of activity.

Therefore, you should be very delighted if you want an AMD card, specifically the AMD Radeon RX 7900 XTX graphics card, for your streaming sessions and any other video-producing activities. Your streaming processes will be made noticeably more fun if you pair it with a strong CPU.

The fight for AMD GPUs in the streaming business is still very much alive. It’s a wonderful time for the RX 7900 XTX graphics card to start competing with Nvidia’s behemoth, in particular. We can now go on to the GPU’s TFLOPS section, which discusses speed and performance.

In general, a computer’s strength and ability increase as its total floating point operations per second (TFLOPS) increase. This is significant for jobs requiring a lot of computational power, such as scientific simulations, data analysis, and video rendering.