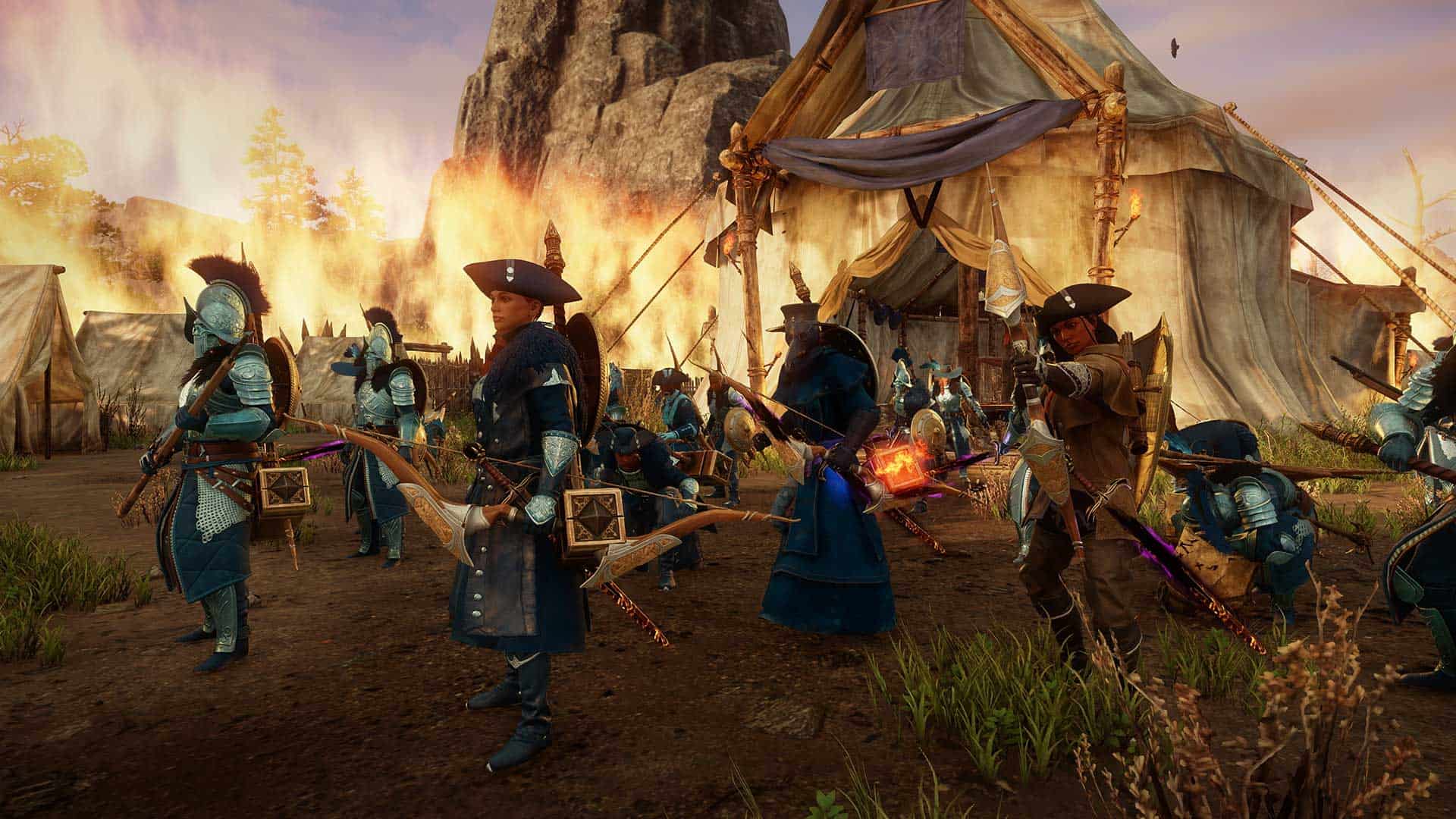 Hot on the tail of the announcement of a New World closed beta starting July 23rd and a full release on August 25th, Amazon has offered more details about its ambitious upcoming MMORPG.

Amazon aired new gameplay footage during IGN’s Summer of Broadcast yesterday, which showcased New World’s frantic 50v50 player versus player objective-based War Mode. Rather than a heavily-stylized trailer, we got a good long look at how the game plays. If the new footage serves as any measure of what to expect, New World won’t be ushering in a revolution of the MMO genre, but it certainly looks like a lot of fun.

War Mode sees opposing factions consisting of 50 players each battle it out for control of a specific territory. One defends a fortress, while the other launches an offensive. But, there’s quite a long-winded road to that final climactic head to head battle.

New World is divided into various territories with an assigned governor who reaps the financial benefits of the land. Other players can weaken the governor’s hold on the region by completing a variety of Faction Missions. Doing so repeatedly lowers the defender’s influence, which triggers the option to declare war.

From there, the attacking force must claim several preliminary Rally Points before reaching the fortress gates. Once the gates are open, a full-scale fortress siege takes place with the victor laying claim or retaining control of that territory depending on what side of the conflict the player falls on.

Amazon is arguably jumping on the MMO bandwagon a decade too late, but these large-scale battles are certainly appealing and may be exactly what lures in players at launch. From the footage, War Mode looks to be pretty chaotic and action-packed with a lot of scope for variety in how these 50v50 battles play out.