Home » PC Tech & Gaming News » Ash is confirmed to be the new Legend in Apex Legends.

Ash is confirmed to be the new Legend in Apex Legends.

Oh, and also a brand new gun too. 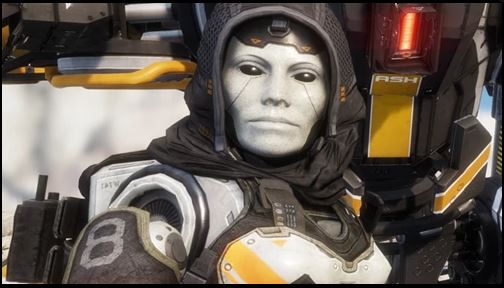 Apex players will know about Ash as she hosts the Arenas games, while Titanfall players will know her even more. Ash is a Simulacrum (like Revenant) Pilot, and was one of the antagonists from Titanfall 2. Ash was once an elite Pilot but after a severe injury, her mind was transferred to a robot body. Her addition to the Legends roster has been anticipated and expected for a while now, but until recently, we never had a true confirmation.

Riot released a new Tales from the Outlands, featuring Ash at its core. The video shows Ashleigh’s fall, until she eventually becomes the Ash we know. We see her interactions with Horizon, as we believe that she’s the one who fixes Ash back up.

In terms of details about Ash and how she plays, we’ve seen a brief snippet of her abilities.

In the meantime, we can assume she’ll be a DPS character. It’ll also be interesting to see her interactions with both Pathfinder, Valkyrie and Horizon. I’m thinking she’ll have a fair bit of manoeuvrability and probably akin to Revenant, some spooky stuff. She is already quite spooky to look at anyway.

Even after the recent new gun, Rampage, we’re still getting a new one again. The C.A.R SMG has been a Titanfall gun, but it’s now being added to Apex. The gun was leaked, having even been hinted at and datamined two years ago but only now will it be coming to Apex’s next and new season.

Titanfall players will know all about the C.A.R SMG, it’s got a high rate of fire and low recoil. It’s best to assume the C.A.R SMG is either going to be an energy weapon or a light one.