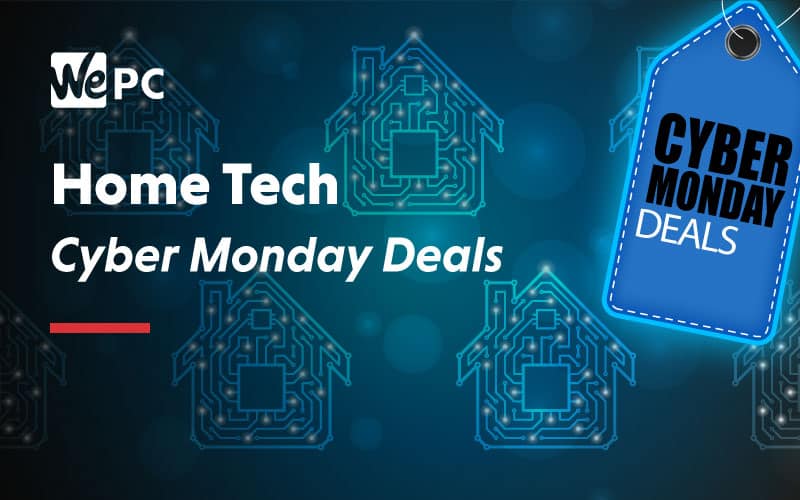 Every year, when Black Friday rolls around, we gear up to find the best deals around. While we may focus on PC gaming, that doesn’t mean we don’t want to trick out our homes with the latest home tech as well.

We truly are living in the future, and we love to make our office and homes as tech-focused as possible. That means everything from robot vacuums to smart doorbells to useless-but-oh-so-fun tech. So, let’s take a look at some of the best Black Friday home tech we managed to find this year.

Actually finding all the amazing Black Friday deals that retailers release each year is no easy task. The deals are constantly changing, running out of stock, and then more and more deals have been added while you were looking at the one you found. Exhausting.

So, here at WePC, we like to take the strain out of it by finding all the very best home tech deals for you.

Where To Find The Best Black Friday Deals

Finding the best Black Friday deals is no easy task - but that’s why we have a team of bargain hunters doing it for you! Throughout Black Friday, Cyber Monday, and the days leading up to it, this is where our team will be looking to bring you the best deals possible.

Every year for Black Friday, Amazon’s event gets bigger and bigger. They’ve transformed this one-day sale into a week-long mega event!

With great deals year-round, it’s no surprise that Best Buy goes all in for Black Friday. We should expect some impressive deals!

When you sell as wide a range of products as Walmart does, you can’t go wrong with some amazing deals when Black Friday rolls around!

As we wait for all the Black Friday deals for this year to pour in, let’s take a look at the kind of deals we saw last year.

From speakers that speak back to doorbells with built-in cameras, smart tech is taking over our homes now!

Set your vacuum to clean for you, wake up to a sunrise no matter the time, and generally just improve the little moments in life with these home gadgets.

Let us know what Black Friday deals you’re most excited about in the comments below and don’t forget to head over to the WePC Community for more!

Please enter a valid email address.
Subscribe
Please check the captcha to verify you are not a robot.
Something went wrong. Please check your entries and try again.
TagBlack FridayCyber Monday