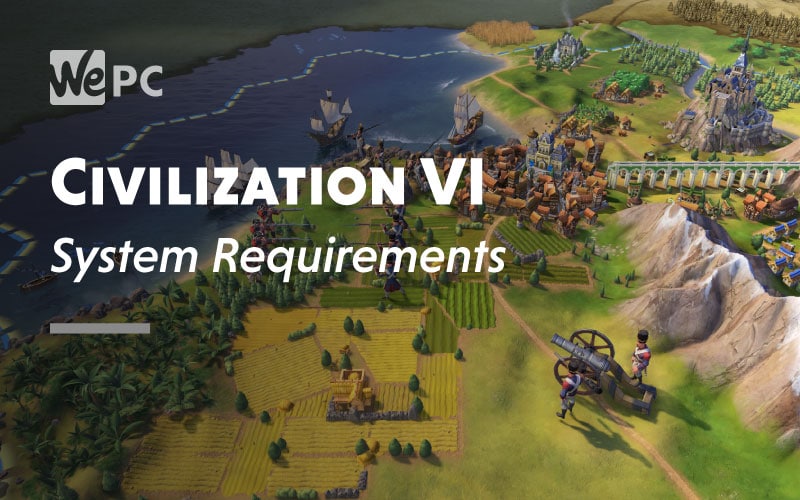 Can I Run Civilization VI?

Whenever you decide to pick up a new game, you will need to know one important thing first – can you run it on your current PC?

Unfortunately, lots of people with older machines are disappointed when they try to load up a game which their PC struggles to run smoothly. They end up having to waste time fiddling with the settings to bring the graphics quality down, which can dampen what should be a fun experience.

That’s why it’s always good practice to check your PC specifications before you purchase a game. That way, you can compare them to the system requirements of the game you want to play to give you an idea of how well your PC could run it.

If you’re unsure of how to check your PC specifications, we have a handy post for you to look through which will give you step by step instructions.

We want to make this easier in the future though. That’s why we’re currently in the process of developing a tool which will be able to check your PC specifications automatically so you can compare them to the game you’re considering. As soon as we have completed development on this tool, we will let you know when it’s ready to go live.

In the meantime, take a look at the system requirements for Civilization VI below. If you find that your PC doesn’t quite match the requirements, it could be time to consider an upgrade. We will also give you some tips on what to look for when upgrading and building your gaming PC.

In Civilization VI, you can wage war, conduct diplomacy missions, research new technology to advance your civilisation and negotiate with other world leaders.

Building on previous games in the series, Civilization VI introduces new ways for you to engage in the world you’re building. You can now watch cities physically expand across the map tiles to build a city the way you want. Research has also received an upgrade as it now allows you to actively conduct research by using your units to seek out new technology and culture to unlock new potential for your citizens.

Also on offer in Civilization VI are upgrades to diplomacy talks and an advanced multiplayer mode to help you compete with friends running their own civilisations.

With a strategy game like this, you won’t need the might of a PC which can run fast-paced FPS titles or racing games. However, to avoid slow downs and to keep your game looking as good as it’s meant to, you’ll want to at least meet the recommended system requirements for this title.

This isn’t too hard to achieve though, most systems will likely run this straight out the box without any need for tweaking. If you do have to lower graphics or reduce some effects to improve framerates, this isn’t a huge loss as this game is more focused on the gameplay than the graphics.

Based on the above system requirements, you won’t need a monster machine to run this game. A gaming PC in around the $600 range should be more than enough to run this title at the frame rate and resolution you want. This should enable you to maintain a steady frame rate of 60 FPS and a resolution of 1080p.

We would recommend running this title using the recommended requirements or above if possible. This will enable you to enjoy the cinematic game animations as intended, particularly during the later stages of the game.

For an example of the components you’ll get with a $600 PC build, take a look below:

This should be more than enough to run Civilization VI without any issues. However, if you are looking to play more demanding titles that will require stronger performance, for example, action or combat-based games, then you might want to invest in a bigger budget PC build. For a good all-rounder which should be able to run most titles, take a look at our $700 PC build.