Did you know about the Howling Aces Secret Phase? 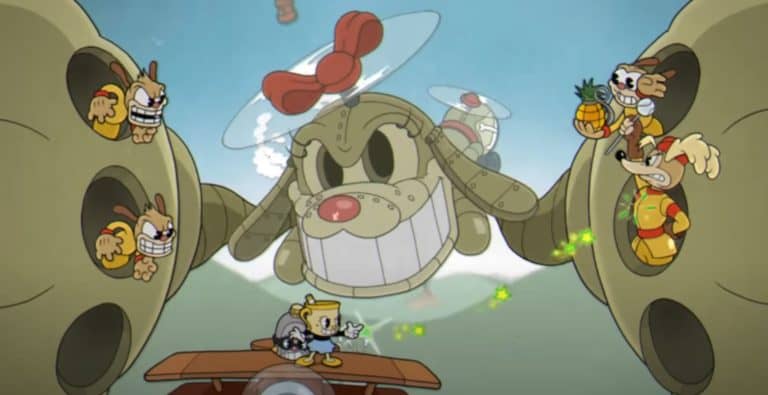 Cuphead – The Delicious Last Course has finally released after a long five-year wait, and with it comes a host of new bosses, a new playable character, and new abilities and perks. And it’s no secret to Cuphead fans that the game has no shortage of secrets and little Easter eggs. Well that’s no different in the DLC. In fact you may or may not know but the Delicious Last Course Howling Aces has a secret phase. The typically three-stage boss fight has a secret phase that makes the final phase significantly easier to beat.

The Howling Aces secret phase replaces the final phase where you normally dodge the various laser beams fired down on you as the screen flips from side to side.

To get to the secret stage, you need to pay attention to the second stage, when the pups circle you and start throwing their BOW-WOW attacks. Normally you fire on them and eventually, they all crash after you’ve dealt enough damage.

However, to get to the secret phase you need to pay attention to their smoke trails, as you deal damage to them, their smoke trail will eventually turn grey – warning you that they are about to crash. Turn all of the pups’ smoke trails grey before actually defeating any of them and you’ll unlock the secret stage.

In this secret stage, you won’t face the lasers. Instead, you face the Main Dog with the pups firing various projectiles at you. At this point, you want to focus all your firepower on the female dog, as only attacking her progresses the damage bar.