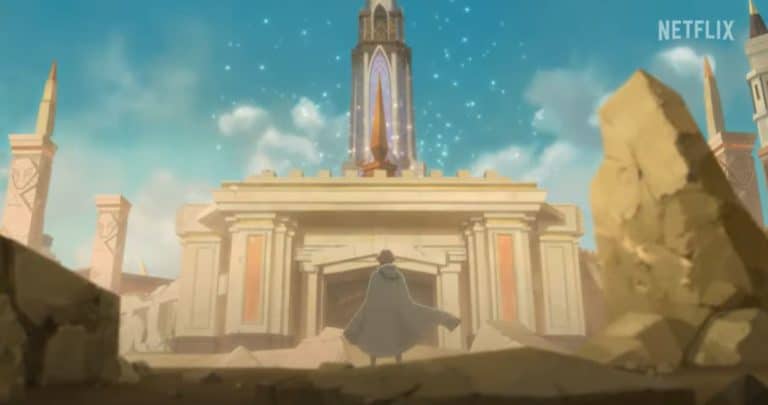 Although the wait for Dragon Age Dreadwolf seems endless, in fact it’s now been 8 years since Dragon Age Inquisition that we’re still nto over. Left on quite the cliffhanger, fans of the franchise have been eagerly awaiting any news on the next installement. Only in recent years have we even had confirmation that Dragon Age 4 was happening, and only more recently did we learn its title: Dragon Age Dreadwolf.

However, on June 10th, there was a unanimous surprised series of oohs and aahs when fans of the game were shown a trailer for Dragon Age Absolution. A six episode animated series of the Dragon Age world, but more specifically it’s set to take place in Tevinter, one of the most mysterious but interesting locations in Thedas. Fans of the series have heard reference to Tevinter, the city ruled by mages – the one think mages in this world cannot do anywhere else – and run on Blood Magic. Tevinter has often beenm mentioned by characters in the games, with some companion characters even coming from there and singing either the praises of it or recounted the horrors of the place. As such, Tevinter has always invoked feelings of curiosity as well as caution and interest from players, but one thing was certain: everyone wanted tthe next game to be set in Tevinter.

It was announced along with the game itself that Dragon Age Dreadwolf would indeed be set in Tevinter, but that being said there’s still a lot of light that needs shedding on the country. We know of it through word of mouth of the characters in the world but players have yet to see it for themselves. And while we await Dreadwolf, Absolution is set to fill in those gaps. Perhaps the most clever marketing strategy, Dragon Age Absolution is set to release in December 2022, slowly building the hype up for the inevitable Dreadwolf release. As such, setting it in Tevinter is even better. Although it’s not clear when this series is set, it’ll certainly help develop the setting ahead of the game, and perhaps introduce new people to the series altogether.

Dragon Age Absolution – What we know so far

So, what exactly can we expect from this new Netflix series? Well let’s have a look.

There are six episodes planned.

The Showrunner is Mairghread Scott, who has worked on a number of other TV shows including the upcoming Magic The Gathering show. It is being co-created by teams at Bioware so we can assume Patrick Weekes and the other writers of Dragon Age are somewhat involved if not at least consulted.

It is being produced by Red Dog Culture House.

As more information comes out about the series we’ll be sure to keep you updated, especially if it ends up being crucial for Dragon Age Dreadwolf.