Valorant’s new Agent has been revealed, as Fade joins the roster

We also have all the information on Fade’s abilities, as the new recon specialist joins as Valorant’s 20th agent. 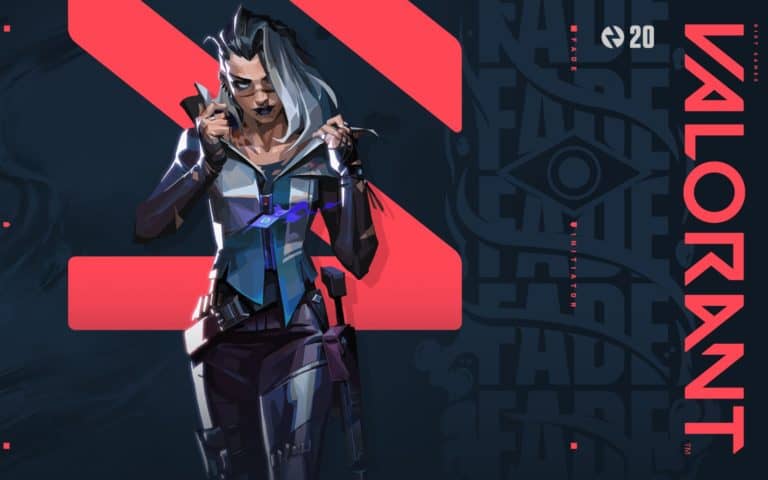 We’ve had several teasers come from Riot Games recently, showing various Valorant agents suffering from what they fear most. This all culminated at the Finals of the Valorant Masters tournament in Reykjavik on April 24th where Fade was revealed.

Fade is a bounty hunter, hailing from Turkey, and utilises fear to scout her opponents. Being a new Initiator, Fade was developed as an answer to Sova. The Russian has been the only scouting agent. However, Fade brings a more personal level of recon, Riot’s Nicholas Smith says, with it being stronger when focused on smaller, nearby areas.

Her abilities focus on revealing enemy positions and reducing their ability to move and see. Thankfully, we have all the information for her abilities, and they’re all shown in action as part of Fade’s Gameplay Trailer.

Fade equips her shadow, pressing ‘fire’ throws the orb which drops to the ground after a set time. Players can reactivate the ability to drop the projectile earlier. Upon hitting the ground, the orb will grow a form of ‘head’ and reveal nearby enemies it can see. Enemies can destroy the ‘head’ to end this early.

Fade equips an orb of ink. Pressing fire will throw the orb, which drops to the ground after a set amount of time. This can also be reactivated to have the projectile drop earlier. Upon hitting the floor, it explodes to create a zone where all enemies caught are tethered to the centre. Tethered enemies suffer Decay damage, are deafened, and cannot escape the zone by any means.

Equips an orb. Pressing fire will release the orb, creating a creature that travels in a straight line. Olding fire and moving the mouse allows players to steer the creature. When the creature finds an enemy or trail, it will move towards them. Upon reaching the target, it will nearsight the closest enemy.

Equip the ability before firing. This sends out a wave of dark mist, which covers the area in front of Fade and can travel through walls. Enemies which come in contact with the mist are deafened and decayed, and will also reveal their trail.

“I’ve seen your darkest fears, mine would eat them alive.”

Fade’s trail is also a new feature for the game, which was a challenge to work out, according to Smith. But will definitely be a fun and interesting addition to the game. Overall, the thematic is welcome and a good fit for Valorant, while really hitting home on isolation and nightmares with her abilities.

Fade is due to join the roster with the release of Episode 4 Act 3, which is due to release this week.