The new update will introduce almost 50 new cards and a number of fan-favorite champions from League of Legends. 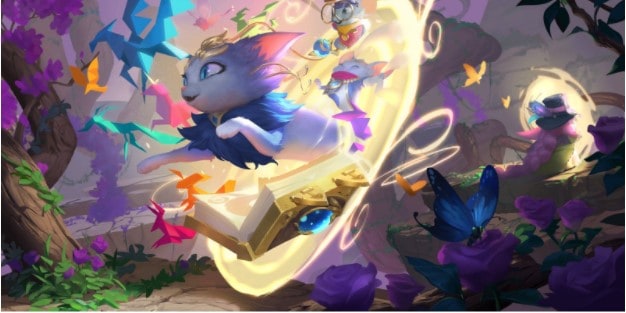 Legends of Runeterra Patch 3.2.0 introduces the final Beyond the Bandlewood set – A Curious Journey. The new set contains 48 collectible cards, including four new champions – Gnar, Yuumi, Galio, and Udyr. The game is also getting two new keywords that might shake up the metagame. The new expansion will be available on Android, iOS, and PC starting February 16 at 11 AM PT.

What to Expect From Legends of Runeterra Patch 3.2.0?

Starting in patch 3.2.0, Riot is beginning to sunset Expeditions by removing the weekly cap on fully-rewarded runs. This also means Free Play is no longer available due to the lack of a weekly cap. Expedition Tokens are also being removed from the Weekly Vault and the new player 7-day login bonus. In May, with the release of patch 3.8.0, Expeditions will no longer be accessible, and players need to spend their remaining Expedition Tokens before then.

The new update will introduce almost 50 new cards and a number of fan-favorite champions from League of Legends. To check out the full patch notes, click here.