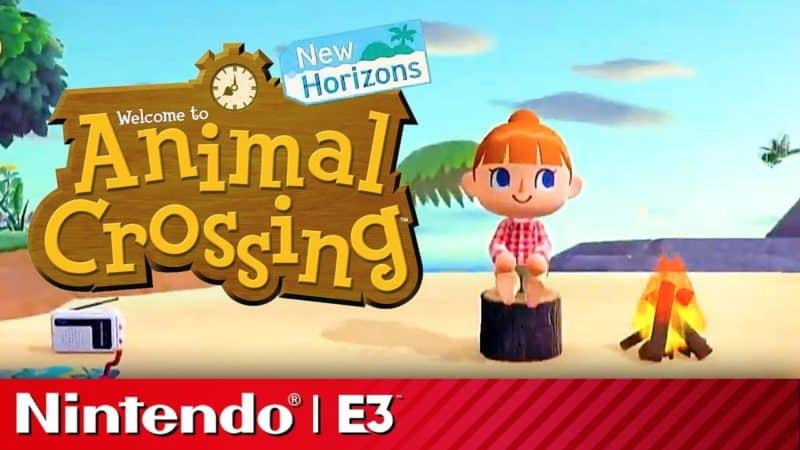 Nintendo confirmed the existence of Animal Crossing: New Horizons during its E3 Nintendo Direct live stream – the next main entry in the seminal farming sim franchise – and it’s nothing short of delightful.

The Japanese gaming giant was also kind enough to reveal an anticipated Switch-only release on March 20th, 2020, which is a postponement from the original 2019 window but given the footage that was shared it’s hard not to forgive Nintendo for the short delay.

The adorable trailer packed with heart-warming condensed delight shares quite a bit about Animal Crossing: New Horizons, chiefly that players will begin their homesteading adventure on a deserted island starting with nothing more than a tent.

The trailer is framed as an advertisement for a fictitious holiday package sold by none other than the pesky Tom Nook, who true to character turns up at the end to request payment for the accumulated costs of the getaway.

Foraging, crafting, farming, fishing, mining, and butterfly catching make up the gameplay so far with, of course, the overarching pursuit of building a place to call home. We also noted that players can now use their fishing rods to expertly pole vault across bodies of water.

Seasons return with glimpses of a snowy wonderland, autumnal harvesting, spring planting, and an abundant summer of beachside antics. It also appears that we’ll be able to play with friends and, of course, meet a charismatic cast of cuddly animals.

Visually, Animal Crossing: New Horizons will retain the cutesy aesthetic that defines the series, but it’s all looking rather sharp and well designed from what we’ve seen. Our excitement is difficult to contain at this point. March can’t arrive soon enough.