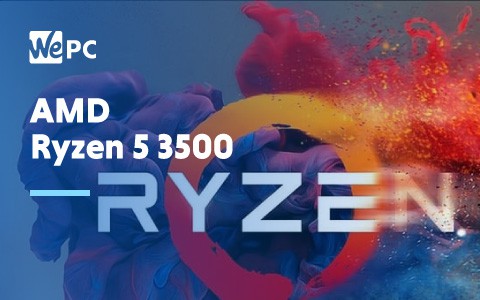 Tech website M D Computers have listed the upcoming AMD Ryzen 5 3500 processor on their website with a release date set to be “from 05/10/2019”.

The item has been listed for ₹11,199 (roughly £127/$157). It appears from the release date on their website that the Indian retailer will start to fulfill orders for the Ryzen 5 3500 processor on October 5th, there is nothing stopping AMD from releasing it any sooner, however.

What Will We See?

With the Ryzen 5 3500 and Ryzen 5 3500X looking to challenge Intel in the market over their i5-9400F chip, it looks like AMD is setting out to do so by making these processors based on the 7nm process.

We’ll Just Have To Wait And See

As with many AMD products lately, the most we have been able to work off are rumors and leaks. While this is incredibly fun to follow, we still don’t have any hard specification listings for these two processors.

We aren’t too sure how well these will stack up against Intel’s counterparts, but what we do know is that another key improvement these cards may have a different cache, the 3500X will boast a 32 MB cache while the 3500 will only have 16 MB.

Part of me hopes that these chips will be released in the next couple of days just to put us all out of our misery of waiting. With so many releases happening or being rumored to happen in the coming weeks, it’s going to be a flurry of excitement as we find out just how well they all match up against each other.