Sea of Thieves’ first ever Community Day scheduled for January 2022

Unload your cannons and put down your guns, and ready yourself for a community adventure 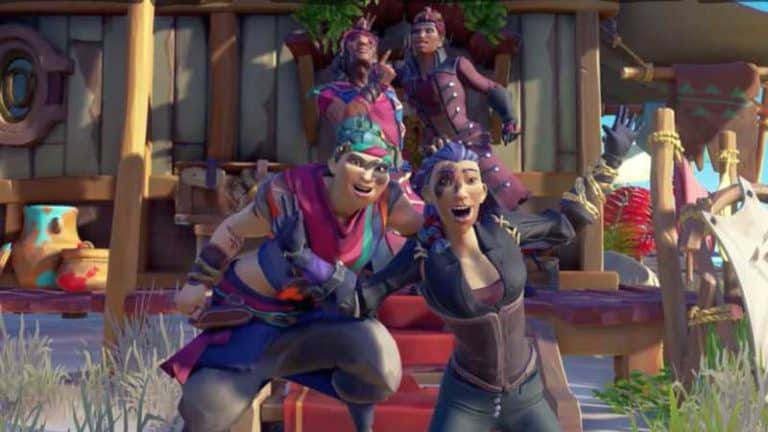 So what does a Community Day on the seas consist of? What exactly do we need to do as part of the community and, most importantly – we are pirates, after all – what do we get out of it? Let’s take a look at what to expect from the first-ever Sea of Thieves Community Day and when it takes place.

What is happening on Sea of Thieves Community Day?

Throughout the 24-hour Season 5 Community Day, the Twittersphere will be controlling what happens to the in-game Sea of Thieves rewards multiplier. Boost the Community Emissary Grade by tweeting between the start and end time of the event with the hashtag #SeaOfThievesCommunityDay. The more sailors tweet, the more rewards we’ll see in-game.

There are a series of (as yet unannounced) cumulative tweet totals, and, each time one of these targets is met, the gold and reputation multiplier will increase further. The top target (again, we don’t yet know what that is) will result in a massive 3.5x multiplier on the value of your treasure.

While the rewards may require some work, there are some available simply for logging in to Sea of Thieves at any time during the event. When you first wake in the tavern upon logging in on January 30th, you’ll be rewarded with the Power Chord Emote, so that you can really get down with your crewmates as you celebrate the event.

On top of the Power Chord Emote, you’ll also find that you receive a brand-new, event-exclusive flag for logging in during January 30th’s Community Day.

Twitch Drops are rewards for simply tuning into your favorite Twitch channels. During Sea of Thieves Community Day, you’ll be able to earn yet another exclusive item – the Gilded Phoenix Tankard – by watching participating streamers for at least 20 minutes. Check out the dedicated Sea of Thieves Twitch Drops page nearer the time to find out more. In the meantime, click the link to find out about another Twitch Drops opportunity that runs until January 25th, 2022. By participating in this one, you could earn yourself a brand-new Emote, as well as some Twilight Hunter customization items.

You will need to link your Twitch account to you Sea of Thieves account in order to claim Twitch Drops.

While we love being able to kit our virtual pirates out in new, exclusive merch, it feels even better to kit ourselves out in new gear. Well, as luck would have it, Rare is also taking the opportunity to discount Sea of Thieves merchandise in the official store. The 30% discount will only be available during the 24-hour period of Community Day, so get yourself to the Rare Games store on January 30th, 2022, to grab a real-life bargain.

Finally, Rare are rewarding the Sea of Thieves Community by awarding select players the Hat of Unfeasibly Glorious Fame for particularly incredible feats out on the open seas, or simply for being an exemplary crewmate. You can nominate yourself or another talented pirate for the bonus between now and Community Day. Simply head to Twitter, and tweet your nominations using the hashtag #BeMorePirate.

When is the Sea of Thieves Community Day taking place?

The Sea of Thieves Community Day is going to take place on January 30th (into January 31st), 2022. Take a look at the table below to find out when the Community Day’s events start in your region.