The new update overhauled the Pirate Emporium and introduced some important balance changes. 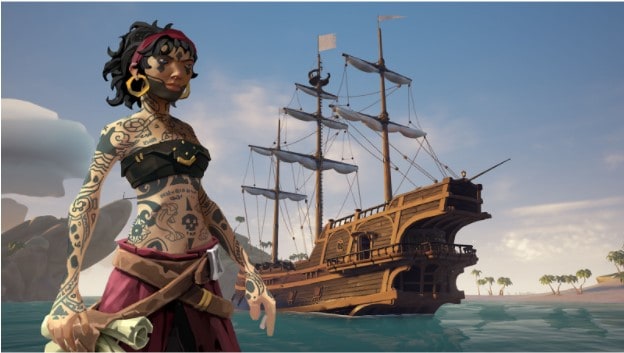 With Season Five coming to a close, Sea of Thieves added its last major content drop for the ongoing season. The new update added the Ashen Curse Alsatian, more Thunderous Fury and Cutthroat items, new emote bundles, and popular Plunder Pass rewards from previous seasons. The Pirate Emporium has been updated to include all of these items.

What to Expect From Sea of Thieves Update 2.4.2?

There is a new set of cosmetics that were added to the game. Players will need to obtain Twitch drops to unlock them. Stay tuned to Sea of Thieves social channels to find out when the new Twitch Drops will be active for partnered streamers, allowing players to earn more items from the Twilight Hunter set.

The new update overhauled the Pirate Emporium and introduced some important balance changes. To check out the full official patch notes, click here.