She can't be that bad, Banshee? 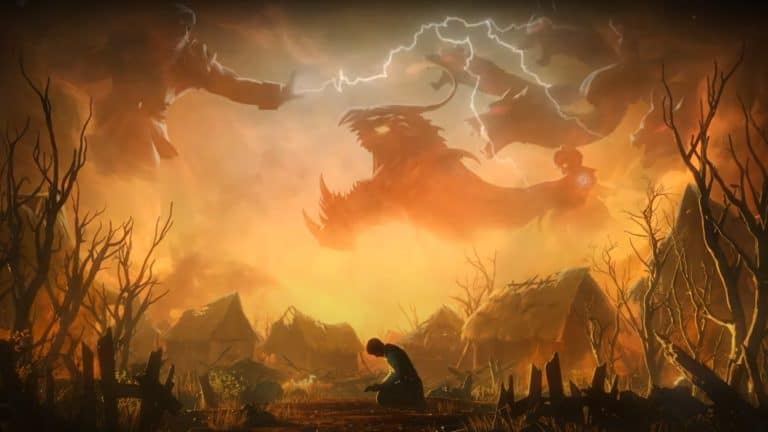 Table of Contents hide
What Do We Know About Cliodhna?
About Smite

As stated on Twitter, the queen of the banshees will see a full breakdown and reveal this Wednesday 29th September at 3 PM Eastern Time on the Smite Update show over on Twitch.

The cinematic see’s a grieving man struggling with his loss as the Gods war in the skies above. Typical of their ilk, Cliodhna, Queen of the Banshees, moves in for the kill amongst the chaos.

What Do We Know About Cliodhna?

For the first time in Smite, Cliodhna has the power to walk through and inside walls. From there, Cliodhna lurks unseen. According to the developer, “When she strikes, her blood-curdling wail deafens her horrified prey and distorts their sight.”

Other than that, players will have to wait for the Smite update event for more details. Meanwhile, players can get stuck into another chance to get their hands on the Teenage Mutant Ninja Turtles skins. Make sure to also keep an eye on your Amazon Prime gaming account here for any freebies, including Krang Xing Tian, the iconic warlord from Dimension X.

Players take control of a God, Goddess, and an array of other mythological figures throughout the games multiplay player vs. player modes. Using each character’s abilities and build tactics, players have been battling it out in the eSports scene, culminating in the annual million-dollar Smite World Championships.