TABS is set to come to the Nintendo Switch this Summer. 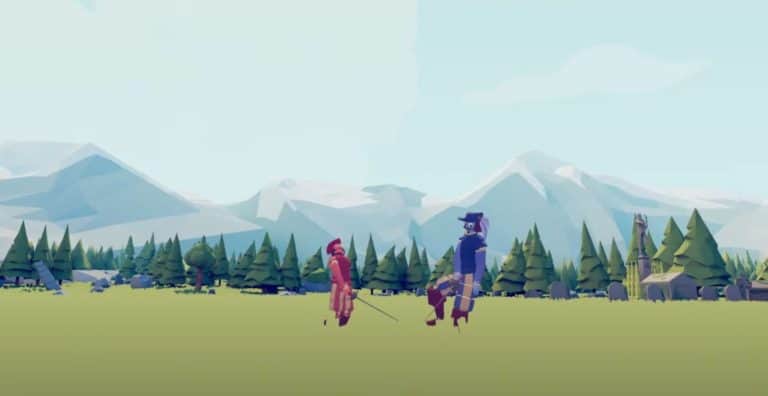 Perhaps one of the most silliest yet amazingly endearing battle simulator indie games is finally coming to the Nintendo Switch, as revealed at the Indie World Showcase in May. While the game was previously available on PC and various other platforms, this is the first time it’s heading to Nintendo’s hybrid-handheld console.

Be the leader of wobblers from ancient lands, spooky places, and fantasy worlds. Watch them fight in simulations made with the wobbliest physics system ever created, make your own wobblers in the unit creator and send your army off to fight your friends in multiplayer.

Although the developers behind TABS, Landfall, had released TABS on PC and Xbox, many fans were eager to see the came on a more portable device. But what exactly is TABS? This silly-looking battle simulator sees you take on the lead of either the red or blue wobblers, humanoid soldiers whose bones are notoriously gelatinous. These wobblers range in types, you’ve got regular wobblers who will only use their fists to fight, then you’ve got those who will man the catapults and others who are even capable of mounting elephants as they trample their enemies.

The general gist of this battle simulator is to have fun, and you can do that with the 100+ wobblers as you set up your battlefield and watch the bouncy and – naturally – wobbly figures fight for victory. Check out the full release trailer below if you want to see more for yourself.

Totally Accurate Battle Simulator – or TABS – will see a Switch Port this Summer 2022.

Players can play TABS online with their friends, as well as customize and create your own wobblers. And the game has consistently new updates, with the developers often sharing their latest chaotic updates and developments on their Twitter account. They also often take player feedback and are well beloved for their community involvement. Expanding this beloved game onto the Switch is going to bring more attention and more love to Totally Accurate Battle Simulator.

Check out more of the games revealed at Nintendo’s May 2022 Indie World Showcase.