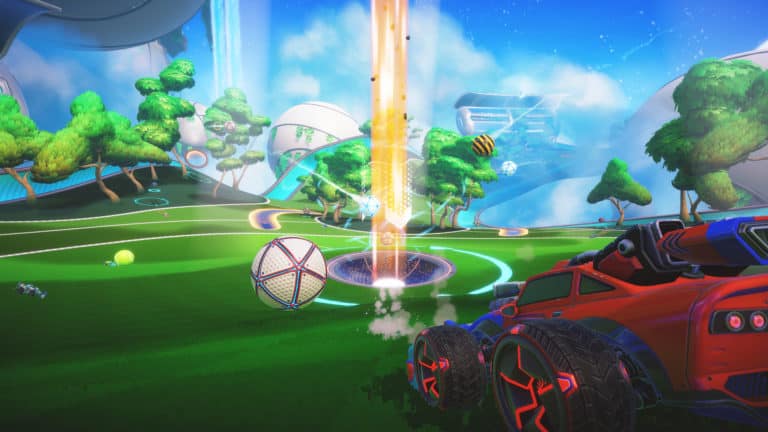 Turbo Golf Racing popped up during this year’s Future Games Show with a new look at the racing-golf crossover game in action. Alongside, Hugecalf Studios announced a beta starting today, June 11th, and running until June 20th, along with a firm release date – August 4th, 2022

You can check out the new gameplay footage below, which doesn’t shy away from channeling its inspiration, the ever-popular Rocket League.

For those in the dark, Turbo Golf Racing leans heavily into the arcade tradition to deliver a high-octane motorsports-meets-sports experience with jumps, flips, and boosts aplenty, but also a generous helping of oversized golf balls to slam and bash. Up to 8 players duke it out to reach the finish line first. But rather than a chequered flag, players must guide their ball to a hole as you would during a day out on the links.

A host of Power Cores help you in Turbo Golf Racing, granting advantages – punt the ball further, soar through the air at breakneck speeds, stomp, roll, and gravitate. You can also deck out your car with wings to fly around obstacles, course through suspended tunnels, and glide, all while guiding your ball forward.

Each race course is also peppered with temporary power-ups, including boost pads, but also a host of sand traps, trees, canyons, and more environmental hurdles to avoid and overcome. Hugecalf Studios says Turbo Golf Racing features extended customization options, covering everything from wheels, spoilers, and car bodies to the balls you’ll be punting around.

You can sign up for the Turbo Golf Racing beta over on the game’s official site. It’s available on both PC and Xbox.