Publisher Team 17 announced today that gothic 2D pixel art action-adventure Blasphemous launches on Sep. 10, 2019. For the occasion, developer The Game Kitchen released a brand new trailer that is as eerie as it is intriguing.

With a more than uncanny similarity to the Dark Souls series - albeit reduced down to the two-dimensional plane and channeling the Metroidvania tradition - Blasphemous drops us into the meticulously crafted and broody nonlinear world of Cystodia. It's a bloody, violent, and terrifying setting of monolithic cathedrals and fetid dungeons.

As The Penitent One (a strange amalgamation of a narwhal and an armored knight of old), the only known survivor of a brutal culling known as the Silent Sorrow, players must unravel deep-seated lore and free Cystodia's tormented souls from The Miracle curse. It's an adventure seeping with religious themes and of otherworldly aberrations born from a twisted torment that appears to course through the world at every turn.

There is a multitude of evils to contend with by mastering a fast-paced, skill-based combat system. Borrowing once again from the Souls-like genre, Blasphemous features epic boss fights against a punishing cast of foes as somber and nightmarish as each other. The oversized toddler tearing apart our hero in the trailer stands out as particularly unsettling.

Much of the combat centers on wielding a mythical sword known as the Mea Culpa - acquiring items littering Cystodia allows further stat customization and more devastating abilities, including gory executions to take down mobs of rabid clerics, cloaked specters, and the like.

There are traps to overcome, puzzles to solve, and a healthy smattering of platforming sections to boot. As with any Metroidvania, navigating Cystodia involves revisiting locations to unearth hidden secrets previously obstructed and defeat once insurmountable enemies.

Blasphemous is slated to release on PC, PlayStation 4, Xbox One, and Switch. 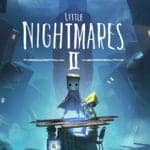 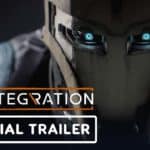 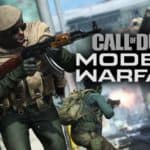