Home » Tips & Tricks » Nintendo Switch Sports Pro League: What is it, how to unlock it, and how to pause it

Nintendo Switch Sports Pro League: What is it, how to unlock it, and how to pause it 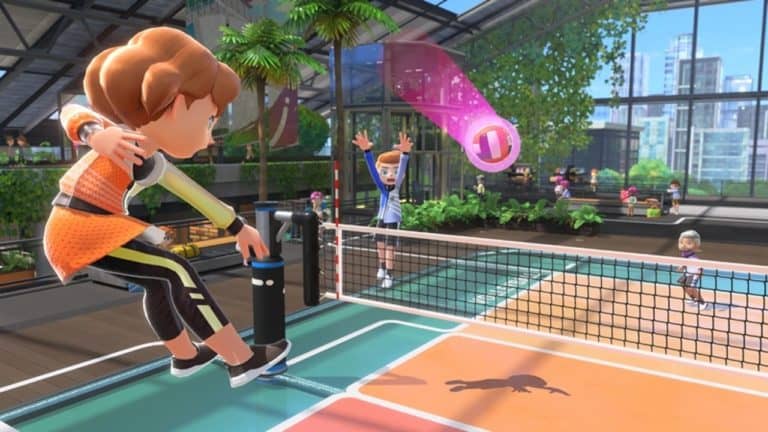 The Pro League is Nintendo Switch Sports’ form of a ranked system, allowing players to compete and providing a goal to aspire to. Whether you’re returning to favourites of Bowling or Tennis from Wii Sports, or are a newcomer just discovering the franchise, the Pro League offers a new way to play for every hardcore fan.

The Pro League is a mode of online play which allows players to take part in high-level ranked games, competing against other players in a way similar to Super Smash Bros. Ultimate’s Elite Smash. While anyone can take part in the Pro League, only the best of the best can make their way to the top of the ranks.

Unlocking the Pro League is easy, and will also net players the Certified Pro designation. Despite this title, unlocking it is less about skill and more about time. Unlocking Pro League is as easy as just playing the game, as the Pro League for each sport will unlock after the player has completed 10 online matches in that specific sport. Win or loss does not seem to matter, simply 10 games which won’t affect the starting rank. Thankfully, this means everyone can have a shot at the Pro League, even if they’re not yet experts in the sport.

As such, unlocking the Pro League for one sport does not unlock the Pro League for every sport, so players will have to spend time in each sport available. Obviously, this means players can focus on one sport and grind to the top before moving on, or choose to spread out and play them all equally.

The Pro League features twelve ranks. The player will start at E rank and can work their way up to A rank. The ranks are as follows:

It is worth noting that any games played online will affect the Pro League once unlocked, each online game either gaining or losing points for the player. Thankfully, there is an option to pause the Pro League. Players can go into the options in the main menu, and select “User Settings” to find “Pro Leagues”. From there, players can switch each sport from “Play Pro” to “Pause Pro”.

Due to Pro League meaning playing against others in a competitive setting, there is no way to participate when offline. Players will need the Nintendo Switch Online subscription to take part, Trial Mode will not allow access. Right now, the game features six sports; Tennis, Bowling, Chambara, Football, Badminton, and Volleyball. All these sports can be unlocked for Pro League. The seventh sport, Golf, is due to arrive in Fall 2022, and we expect this will also provide a Pro League in the same way.