Who will be the best Career mode teams on FIFA 23?

FIFA 23 is lurking around the corner with new announcements coming thick and fast. The cover stars have just been revealed, and it’s time to start thinking about what you want to do on FIFA 23.

Ultimate Team is always going to be FIFA’s most popular game mode, but there is a lot to be said about a Career Mode. It’s not stressful, building your team is enjoyable and the narratives you build for yourself can really get you hooked. Once you really get into a good save, there’s not much else like it.

Until we get our hands on FIFA 23, it is difficult to predict budgets. This list will be using all the real world information we have available before the new game releases.

One of the most challenging things about a new Career Mode save on FIFA is who to choose. Here is our list of the best teams for a Career Mode going into FIFA 23.

It’s about time PSG had some noisy neighbours and although this may be an unrealistic challenge, it can be done on FIFA. The first thing you will need to do is get out of Ligue 2. Hopefully, with some shrewd bits of business this should only take a season, and then you’re on your way to start chasing down your city rivals.

The squad doesn’t have too much to show for itself so it’s a big job and not for the faint of heart. Saying that, there are a few good youngsters at the club with decent potential, the main ones being Check Oumar Diakité, Axel Bamba and Ousmane Camara. These players should make for a good spine, and last a little while. The rest will be up to you, with what should be a modest budget for this division.

1. FC Kaiserslautern are one of the true fallen giants in football and in FIFA 23 they will be in Bundesliga 2, after securing promotion last season.

1. FC Kaiserslautern have won the Bundesliga on four occasions, and the die hards among us will believe they should be right back competing at the very top. 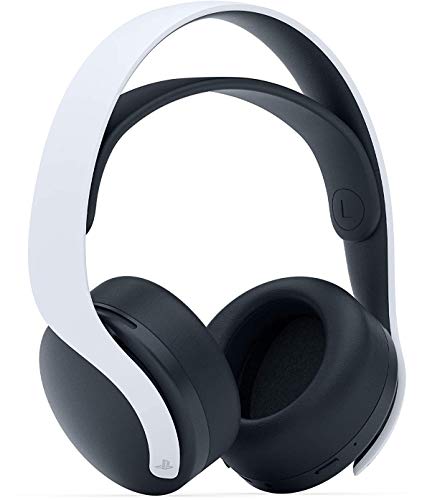 Going into the new season they should have strengthened a bit, especially by the time FIFA 23 comes out, but in order to get back to back promotions you will have your work cut out for you. Their best player is their right back Erik Durm, but he is already 30 so will need replacing before long.

If you think you’re up for the challenge this could be a very rewarding save, restoring a fallen giant to where they belong, after years of mismanagement.

If you want a save where you have essentially unlimited money, but a blank canvas to build upon, then look no further than Newcastle United.

Newcastle are now one of the richest teams in the world, and FIFA 23 should recognise that. Getting them to start challenging for titles and trophies will be the main ambition for the save, while having unlimited money to do so will certainly make it more enjoyable.

Fortunately there are already some good players on the books too, so you have a half decent foundation already. Bruno Guimerãs is likely to be your star man on this save, while Allan Saint-Maximin will be a lot of fun on the wings.

Bringing Newcastle back to competing for trophies may not be the biggest challenge on FIFA 23, but it will be a lot of fun because of their near limitless resources.

It wasn’t that long ago Málaga were competing in the Champions League, since then things have gone from bad to worse. Last season they barely avoided relegation from LaLiga SmartBank, the Spanish second division.

This does mean they will still be in FIFA for FIFA 23 and getting them back to the big time may be an interesting challenge.

The reason they have found themselves slipping down the football pyramid is because their finances have been poorly run, so in order to do well you may have very little money.

It seems like a long time ago they had players like Isco and Santi Cazorla in their squad, but it was only in the last ten years. A team like this shouldn’t have fallen from grace so quickly, and bringing them back to Champions League spaces will make for a satisfying challenge.

Barcelona are one of the biggest clubs on the planet and they always will be. They have made plenty of signings this summer and despite supposedly being strapped for cash, nobody has spent more than them so far.

So making Barcelona a Champions League winner may not seem like an interesting challenge on FIFA 23, experienced players could do it in a season. Especially now that they have Lewandowski.

The challenge comes in by trying to ensure the majority of your squad, or key players at least, are from the academy. You will already have a few key youngsters like Ansu Fati and Pedri.

However, you will need a few more if you want to emulate the achievements of the 2009 treble winning side, where their academy players were crucial to their success. All of this was done by playing the Barcelona way, which of course is part of the challenge.

Sadly, Venezia were relegated from Serie A last season, and Serie B isn’t in FIFA meaning they shouldn’t be in the game. However, due to their new found popularity in recent years, and the success of their kits, it seems incredibly likely they will appear in the Rest of the World league on FIFA 23.

In Career Mode, you have the ability to move teams into different divisions. The most famous of these is putting some of the Scottish sides like Celtic or Rangers into the English Leagues.

If you move Venezia from the Rest of the World to Serie A, you can see if you’ve got what it takes to change history and prevent the most stylish side in football from going down. In FIFA 23 they should have a modest budget, while keeping some of their better youngsters too.

Venezia is a genuinely very exciting project and a must try team for fans of the game.

Portsmouth won’t be an easy Career Mode at all, but if you use your academy well and make some smart signings, you can get back to the Premier League in no time. The biggest draw with Portsmouth on FIFA 23, is they are the lowest ranked club in the game with an authentic stadium.

So if you’re a sucker for realism in the game, then you don’t have to look much further than Portsmouth. Getting them from League One back to the top, will be a bit of a mission with their limited resources, but at least you can do it in style. If you’re a Southampton fan though, this is definitely not a save for you.