King LeBron has found it's way into MultiVersus! 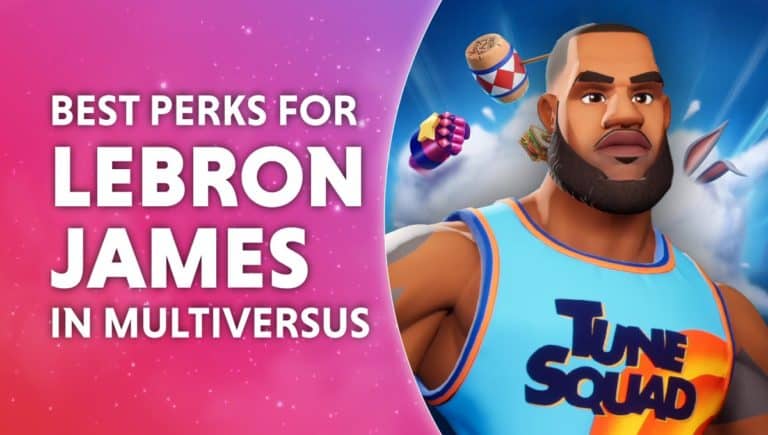 In this guide, we’ll show the best perks for LeBron James in MultiVersus.

Since open beta, LeBron James has entered the scene of the arena fighter and has emerged as a threat to other characters!

His kit is very complex and can be very annoying to deal with so there is no better thing but to play him for yourself!

However when done so, can be very effective.

It’s to be noted that LeBron James is a bruiser-like character, he’s best utilised at medium to close range.

What makes him even more complex is that he can be a bruiser-support hybrid as you can pass the ball to allies!

So without further ado, here is the recommended LeBron James’ perks:

Another perk to maybe consider is Back To Back. With this perk it reduces team damage when near an ally.

NOW READ: Confused about the perks? See which perks are strongest currently

This will be quite often however as you need to be up close against enemies and chances are, your ally will be there too.

LeBron is naturally a great CC (crowd control) character with harassment of his basketball abilities so this perk synergises well with even more survivability.

Now you know a few perks to play around with LeBron James, however I recommend you play around and see what suits you!

Is LeBron James free in MultiVersus?

Unfortunately, he is not.

Since the release of his character on July 26, 2022. LeBron has been a locked character which requires unlocking.

Find out how you can retrieve these in our related posts:

We’ll see how stronger LeBron James gets once Season One gets underway and if he’ll receive a buff or nerf, however that’s looking unlikely currently as Season One has been delayed! There is no indication for a further release date at the moment.