How to Buy Smithing stones in Elden Ring

Finally, you can stop farming for smithing stones. 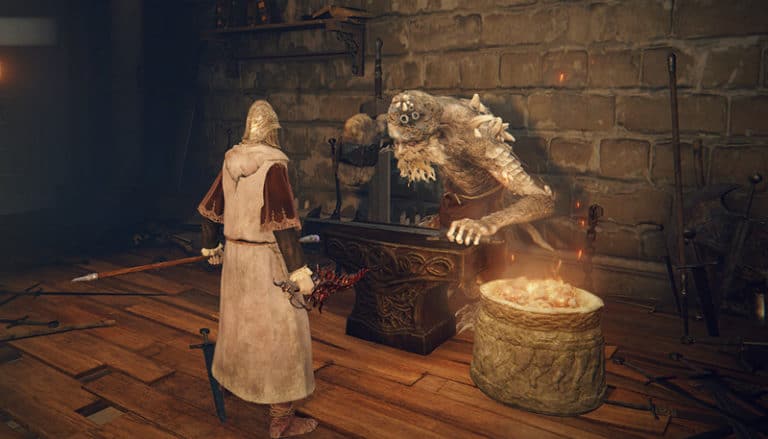 Smithing stones are an integral part of Elden Ring. Without them, you’ll be stuck using dramatically underpowered weapons throughout the game, but after a certain point, farming them becomes annoying. Sure, at first it’s not so bad, but if you discover a bunch of new weapons and want to try out some of them without them being useless, you’ll need to farm enemies with super low drops. Wouldn’t it be better if you could just buy the stones you need? Well, luckily you can. We present: how to buy smithing stones in Elden Ring.

How to buy Smithing stones

If you’ve not discovered them yet, in the North wing of Roundtable Hold, there is a weird NPC/statue that sells you about two items. However, you can upgrade what they’re selling by providing them with various bell bearings (that’s the bit inside a bell that smashes against the outside to make noise, by the way.) Two of these aforementioned bell bearings will unlock the ability for you to buy smithing stones ranging from 1 to 4, meaning you won’t have to farm up to equipment level +12. You can also unlock the ability to buy Somber Smithing Stones, but since you can already buy these, it’s a bit more redundant.

Getting the Smithing-stone Miner’s Bell Bearing [1]

This one is a pretty simple find, but actually technically a little harder than the other bell bearing you’ll need. It can be found after you defeat the boss of the Raya Lucaria Crystal Tunnel which is in a nook on the northern end of the lake, tucked into a little nook that points to the northeast. The tunnel isn’t too hard to beat, just make sure you bring some strike weapons and keep it in two hands.

Getting the Smithing-stone Miner’s Bell Bearing [2]

This one is a bit easier, but only because you can basically ignore most of the dangers. You’ll find this one in a chest inside the Sealed Tunnel in the Altus Plateau. The dungeon (if you can call it that) is on the southernmost tip of the district, right near a church, but quite far down in the moat of the city. Once inside, you need to break down the fake wall, and then just run inside and open the chest. There are some dangerous enemies inside, but just make sure you’ve spent your runes beforehand and focus on your main goal.