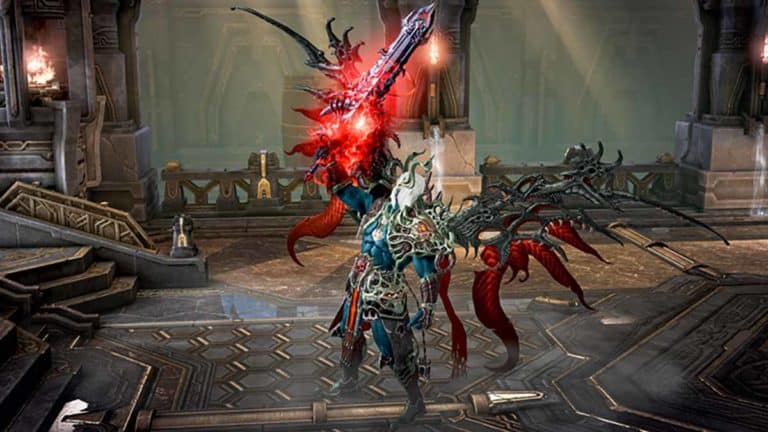 Table of Contents hide
What is the Lost Ark Express Mission Event?

Lost Ark’s April update has added plenty of content for the players. There is a new class called the Glaivier, a new pass and a battle pass like feature, with South Vern to come very soon. However, one of the things players behind the curve or those who want to improve their alts can take part in the new Lost Ark Express Mission event.

What is the Lost Ark Express Mission Event?

Lost Ark’s latest event allows players to select a character at combat level 50 that is below 1000 item level to take part in the Lost Ark Express Mission event. The selected character receives a full set of 302 item level gear and is able to take on bonus missions. Smilegate hopes that this event will allow newer players, or those with less time to play, to quickly progress and catch up to their friends. This event is also a great opportunity for veteran players to quickly level another alternate character. If you needed another after the release of the Feiton Powerpass as well!

The Express Missions can be found on the Tier 1 continents of North Vern and Rohendel, and on the Tier 2 continents of Yorn and Feiton. The rewards granted from completing these missions correspond to the Tier of the continent you are on and include key progression items such as honing materials, important potions, engravings, silver and many other useful items. If you can complete all of the missions, you will also receive a massive bonus reward chest, just to boost your progression that little bit more! Simply open the Express Mission event menu and check the levels you are on and the missions you can complete, along with the rewards. See the image as an example.

Like the Feiton Powerpass, this event will only be available from April 21 – June 30, so make sure you get your missions done in time for that big old boost! And you can also do this on each of your characters.

That concludes this article on the Lost Ark Pass. We hope you found it useful! Why not check out some of our other content and guides over at the Lost Ark Hub?