Home » Gaming » Minecraft » What Does Channeling Do In Minecraft?

Have you ever wondered what the Channeling enchantment in Minecraft is? 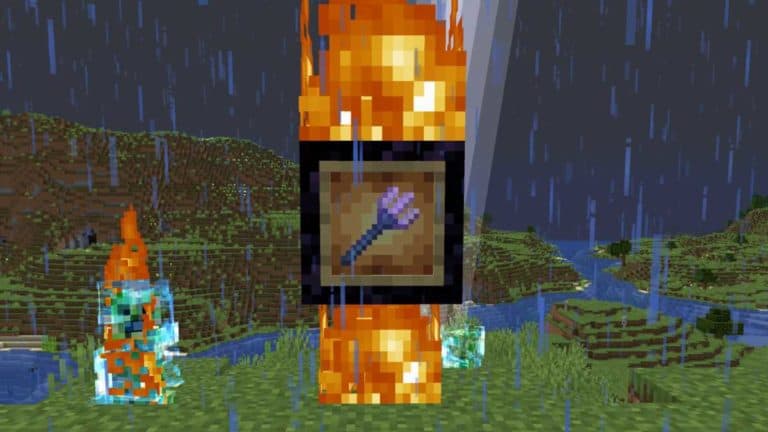 Enchanting is a huge part of Minecraft, especially in Survival Mode. Gaining enchantments on your weapons and armor allows you to traverse the realms more freely, with less fear of death and damage. Some enchantments allow you to have infinite arrows on a bow, have infinite use of a tool without it breaking, or even walk on water! In this article, we will be discussing the Minecraft Channeling Enchantment, from what it actually does to how you can obtain it.

Channeling is a trident enchantment that allows you to summon a lightning bolt to attack a mob. It was introduced into the game in the 1.13 Aquatic Update. Channeling is a powerful enchantment in Minecraft, but it does have some drawbacks.

The main pro of this Minecraft enchantment is how powerful it is. Most mobs that you hit will end up dead within a max of two hits with a Channeling trident. It’s also one of the only ways to force spawn Charged Creepers in Survival Minecraft. But it does have its limits.

You can only use this enchantment during thunderstorms and you need to be outside. You cannot use it underground because of this. You also can not use it in water. Even with these limitations though, Channeling is still a great enchantment.

Obtaining A Trident for Channeling

Before you can even consider using this enchantment, you first have to obtain a Trident. Tridents are a non-craftable item in Minecraft and they aren’t found in chests or from Villagers either. The only way to get a Trident without using commands or turning on Creative Mode is from a Drowned.

Only Drowned holding a Trident can drop a Trident, and, according to the Minecraft wiki, only 15% of drowned in Bedrock Edition (reduced to 6.25% in Java) spawn with a Trident in hand. From there, there is only an 8.5% chance the Drowned will drop the Trident when killed, meaning the odds of obtaining one are extremely low. You can up the odds a bit, though, by using a Looting III enchanted sword when you kill them, which increasing the chance of the Trident being dropped by a further 3%.

If you look into how to make a Drowned Farm, this is another way you can even the odds a bit in obtaining a Trident. Drowned can be found in all bodies of water, specifically oceans, and rivers. It is recommended when making a Drowned Farm to make them in rivers, as it’s a smaller radius with quicker spawns.

How to get the Channeling Enchantment

Once you have got your trident, it’s time to enchant it! You can get Channeling in a few different ways. As it is an enchantment, you can get it simply by placing a trident on a full, 15-bookshelf Enchanting Table setup.

You may have to recycle enchantments a few times before Channeling comes up, this is where having a Grindstone comes in handy, you can disenchant the Trident and get some XP in the process, but really it is all down to luck.

If you are patient with it, you will eventually get it as an option. You can also obtain it from minecart and dungeon chests, as well as buying it from Librarian Villagers. You may find it in other non-village chests scattered around the Overworld.

There are a few different uses for Channeling. The main use is for attacking other mobs, so it’s used as an offensive attack. If you have lightning rods placed and you aim a Channeling trident at it, lighting will always be summoned.

Channeling has different effects on different mobs, however. Depending on what mob you hit with the enchantment, you can change the mob’s physiology dramatically:

Channeling is one of those enchantments you can really play around and experiment with to see what sort of effects it will have on the world around you!

What Enchantments Work Well With Channeling?

As with all enchantments in the game, Channeling can be combined with other enchantments to make it even more powerful.

The best enchantments that work well with channeling are Mending, which allows you to repair your tool with XP so it doesn’t break, Unbreaking, which elongates the tool’s durability and takes longer to break, Loyalty, which makes the trident return to you like a boomerang, and Impaling, which causes the trident to do extra damage.

When you combine these enchants together, you will be equipped with a really good weapon in your arsenal. It is important to note however if you have the enchantment Riptide on your trident, you cannot combine it with Channeling.

This is similar to having the Infinity Enchantment on a bow, and not being able to use Mending. Having limitations on the enchantment combinations keeps the game fair and, though these enchantments make gameplay easier, it is still a challenge to play… and that keeps it fun!

Overall, the Minecraft Channeling enchantment, although limited in where and when it can be used, is a very good enchantment to have if you have a Trident in your inventory. It is one of those enchants that lets you have fun with your environment, whilst also providing protection from hostile mobs.

Because thunderstorms are so rare within the Minecraft world, it gives you something to look forward to when one does pop up.

Be careful throwing Channeling tridents at Creepers though and make sure if you do that you have good armor, or you may regret it… or you may enjoy it, depending on your play style!

And head over to our Minecraft hub for even more news, guides, and how-tos! 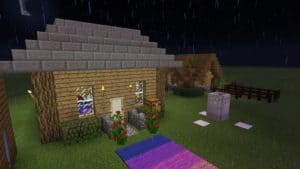