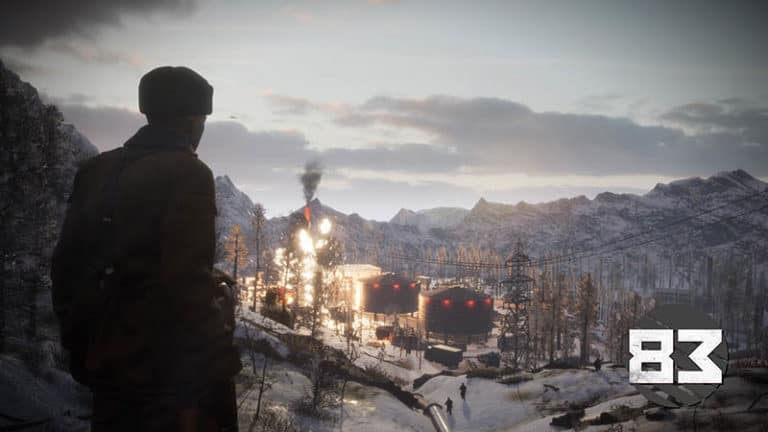 For a healthy proportion of FPS gaming fans if you mention the name Rising Storm 2 they will get very excited, very quickly. We have a fair few of these such people here in the office who will happily tell you that Rising Storm 2 is among the best FPS games ever created (Shaun for example, who just cornered me in the office kitchen to tell me about it. They still play it now, alongside the original Rising Storm and Red Orchestra (if you are interested you can pick them up in a cheap bundle on Steam too).

It’s getting in for five years since we got Rising Storm 2: Vietnam now so we are very definitely due the spiritual successor by now, and devs – Cornwall based Antimatter Games have had ’83 on the burner for some considerable time now that excitement is beginning to grow in anticipation of a potential release, at least in some form, this year.

You have to go back to 2019 for the game’s announcement, but this trailer is what fans of the devs have been hanging on to ever since.

For the first time, Antimatter is basing its game on a fictional conflict. Based in 1983 it is an alternate universe scenario where the Cold War has, in fact, gone hot, and NATO and the Warsaw Pact are going hard at it rather than just doing it with spies like what really happened (at the time of writing, just in case we are on the verge of World War III right now – don’t want this article to age prematurely do we?)

‘83 pits two large platoons of players against each other in massive maps, fighting over a number of objectives that have a tangible impact on the battle as a whole when held by the victorious faction.

Players will have access to a selection of real-world infantry weapons and equipment, as well as a selection of powerful land and air vehicles which can decisively turn the tide of a battle.

The aim is to have a high player count of 80+ in the final game so we are expecting so fairly major confrontations on the horizon.

Steam lists the game as coming soon and while Rising Storm 2 fans might get angsty on Reddit about having no official date for over three years we have some strong indicators that the game release might be sooner than we think, certainly if that is to be in an open beta / early access format. The recent Nvidia leak of upcoming games for the drivers had 83 at the top of the list with a 7th April release date.

Now we have seen other information that suggests that the game could be considerably further out, as in later 2023, but that still might allow for a period of early access starting this year and the 2023 date could be the actual v1.0 release.

We will update this page as we get more information.

The devs have also been doing a great job of keeping the audience up to date and if you are remotely interested in the design of a game like ’83, check out the video below covering how the sounds and atmosphere are being created.