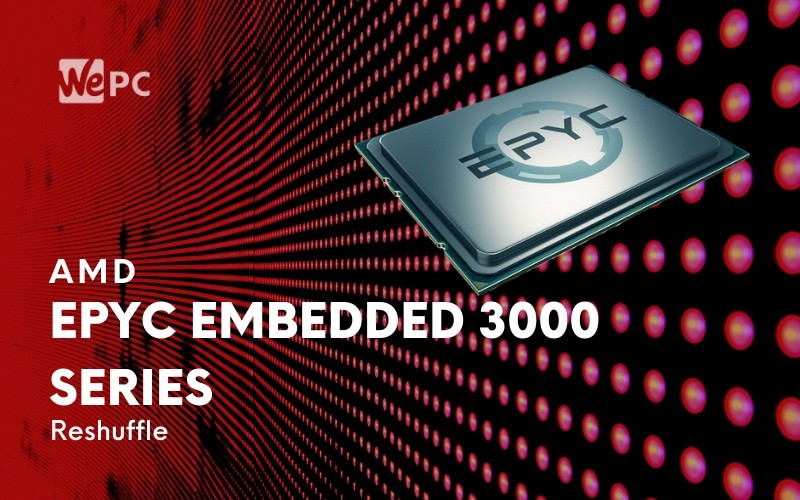 AMD has introduced a rejigged lineup of EPYC Embedded 30000 Series CPUs. The reshuffle sees some new models join the family while AMD has also opted to remove a few models as well.

The EPYC Embedded 3000 Series is aimed firmly at the server and embedded system markets, with a slew of purpose-specific features such as massive RAM counts, more cores, and PCIe lanes. AMD pushed these out to square up to Intel’s Xeon D. To do this, AMD designed a two variant series with single-die models and dual-die models.

The single-die models use an EPYC Naples die and support eight cores, sixteen threads, dual DDR4 channel, 32 PCIe Gen 3 lanes, and four 10 GbE links. The other variant features two EPYC Naples dies and is by design larger, although it remains pin-compatible with the single-die variant, meaning customers who build embedded systems can pick and choose between the two models with no compatibility issues.

Alongside, two models have been removed from the lineup – the AMD EPYC 3401 and AMD EPYC 3301 appear to have been incorporated into the EPYC 3351 and EPYC 3451 parts.

AMD has also introduced a new model, the single-die EPYC 3255 with eight cores, sixteen threads, and a low TDP configurable between 25 and 55 W. Additionally, we now know that the single die models are geared towards the SP4r2 socket and the dual die towards the SP4 socket.