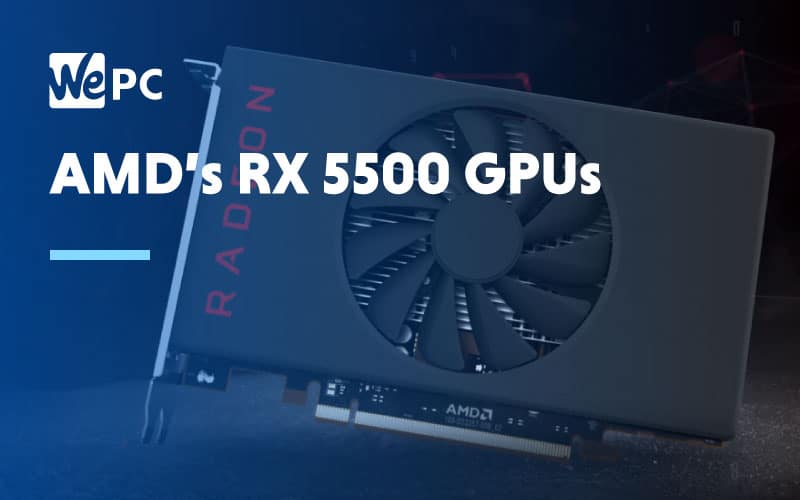 According to a recent Linux driver patch, it appears that there will be three versions of the AMD Navi 14 GPU. The patch itself adds in ‘peak clock’ figures for both the desktop and mobile versions of the graphics card.

So far we only knew about two different GPUs in the upcoming Navi 14 range: the RX 5500 and the RX 5500XT. This poses the question of where does the third option fall in line? Could the Navi 14 chip come about in the form of RX 5300 cards too?

What Else Has Been Found?

The expected layout of the Navi 14 GPU seems to suggest that the RX 5500 series of cards may not come with the full graphics core. We know so far that AMD has only commented on the series coming with 1408 RDNA cores, 22 CUs and a total Game Clock of up to 1717MHz.

The way that these chips are being designated also suggests that despite the 24 compute units and the potential of 1536 RDNA cores, the RX 5500 XT may only have the aforementioned 22 CUs.

What Of The Leak?

The listing that starts to detail all of this suggests that the 1717MHz part will be the Navi 14 XTX. This could also mean that the RX 5500 XT would end up being a 1408 core card. We can also see from the Linux patch that there are two versions of the Game Clock for the Navi 14 mobile listings – the XTM and XLM.

There is speculation that the lower specification chip might be the one that powers the third RX 5300-series chip. This could make sense if AMD is planning on keeping the same core configuration between chips but having the clock speeds and memory differ on each.

What do you think of the leaks? Do you think there will, in fact, be three different models? Or is this just another wild rumor in the leadup to the eventual release?