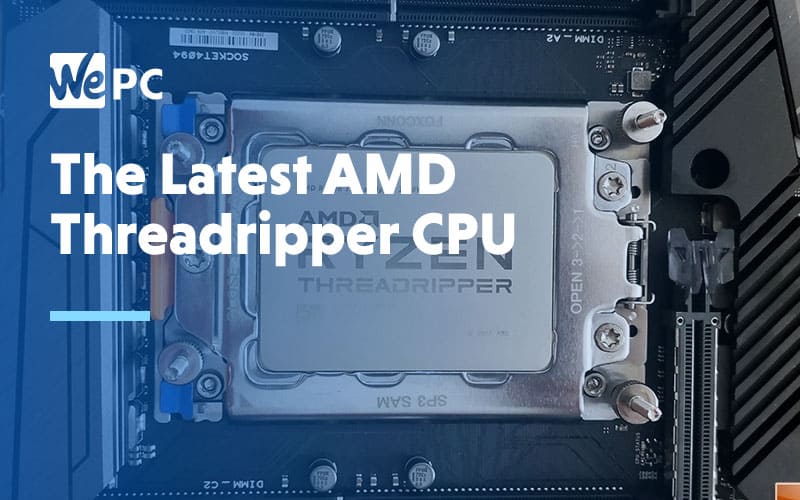 One of AMD’s latest Threadripper CPUs may have just been leaked in a recent video showcasing the motherboards that will support them. The still-unannounced Threadripper 3990X with its 64 cores was likely going to be announced in 2020, but the video released by MSI clearly shows this in action.

The video has now been taken down and a different version uploaded but eagle-eyed consumers spotted this misstep before it was too late. Although it has been rumored for a while that AMD has been working on a 64-core CPU, an almost-official confirmation of this is exciting.

What More Do We Know?

There currently isn’t a whole lot to go on where the 3990X is concerned. Initially, this processor was rumored to be announced around the same time the 32-core and 24-core processors debuted but this was postponed – this could be why the processor was still featured in the MSI video, but ultimately, we’ll never know.

Apart from the confirmation that the 64-core Threadripper exists, we don’t have any more information, and can’t learn too much from the video either. It has been speculated by WCCFTech that the layout of the 3990X suggests a total of 288MB of L2+3 cache will be featured as well as 128 PCIe 4.0 lanes. If true, those are some pretty impressive numbers, putting it way higher than any CPUs we’ve seen prior.

Leaks aside, this is all great news for AMD. Currently, the highest core count Intel offers belongs to its i9-10980XE, but this doesn’t have anywhere near the same amount of cores as the 3990X.

This newfound prevalence helps flip the tables for AMD, having gone from the underdog to possibly the market leader. In the past, Intel had such an advantage, they could basically charge what they wanted, with them now being on the back foot we may either see AMD do the same. Could we see Intel lower prices maybe?