Here are the places where you can buy Battlefield 2042, including some deals. 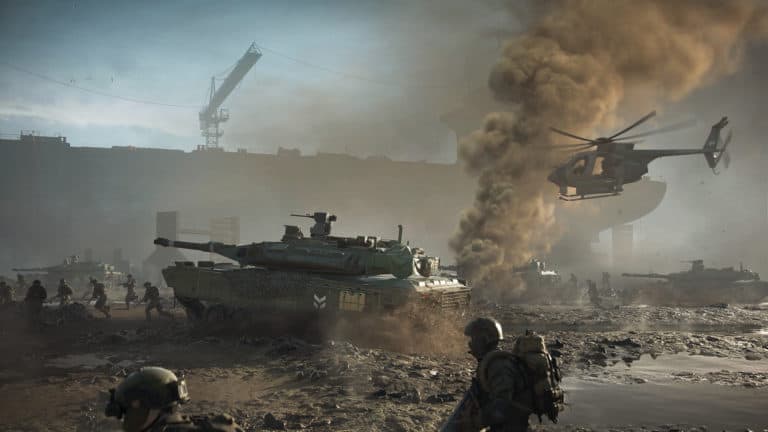 Battlefield 2042 is officially released, with its Day 1 launch patch now live. The game launched in early access only a week ago, with only players from the Gold Edition and other premium passes allowed entry. However, the flood gates have opened, offering other players to get the opportunity to join the 2042 universe. If you’re looking to jump in, we’ll show you can play Battlefield 2042 and find a retailer to get the game.

However, we recommend waiting a little while on Battlefield 2042. The game’s early access launch was ridden with bugs, requiring a day 1 patch to fix some of them. Even with the day 1 patch, it still has issues. This might be one of those games that get a sizeable discount or sale soon, but it is EA, so it’s still on the unlikely scale.

Where to buy Battlefield 2042

Since Battlefield 2042 is a massive game, you can grab the game from a variety of platforms and retailers. You can find them on all your major digital stores, such as Origin, Steam, PlayStation Store and the Xbox Store. Note, if you are a valid EA Play Subscriber, you can get a 10% discount on the game regardless of what platform you are on.

There are three different versions of the game. The first version is the default game, which comes with the standard game. If you want some other goodies, you can get the Battlefield 2042 Gold Edition or the Ultimate Editions, both providing added benefits to content.

The Gold Edition contains the Year 1 season pass, which players can opt to purchase even if they don’t buy the gold edition. You can expect the following from the Gold Edition.

The Ultimate Edition comes with the same befit as the Gold Edition, however, you get a few more digital goodies along with it.

Considering Battlefield 2042 has only just come out, you’re not going to find great deals on Battlefield 2042. However, there are several third-party key sellers that are all perfectly valid. For example, CDkeys has a great deal at the minute, whether you can essentially get something like 20% off the various versions of the game. Note, this is typically for PC players, but there are sometimes deals for console players too.

Bellow, you’ll find links to where you can grab some universal deals for the game’s gold edition, which seems to be the only real bundle that has a sizeable discount.