Warzone Season 6 brings changes to the game including fissures, WWII bunkers and the gulag. 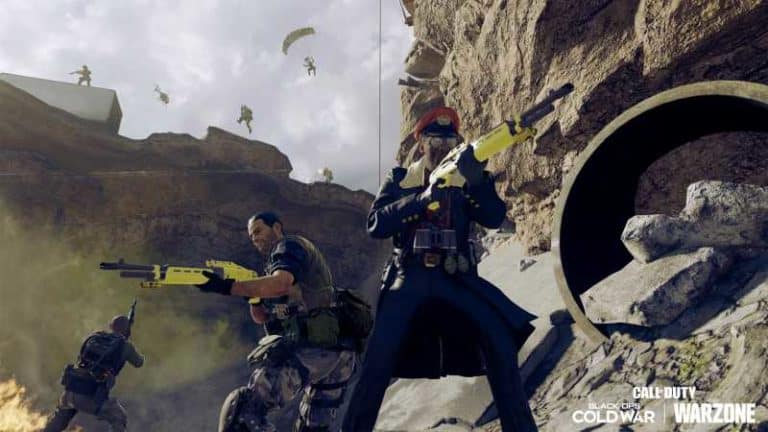 Call of Duty: Warzone Season 6 patch notes are here, and we have the new combat intel that you’re looking for. After Adler’s seismic bombs changed the Warzone map forever, he and Stitch are headed towards their final confrontation. WWII bunkers have added more close-quarters combat areas and opportunities for loot to the map, and a familiar Gulag returns.

Seismic bombs have left massive cracks right through Stadium and Downtown, adding more verticality to Central Verdansk than ever before. Several buildings have also collapsed, fundamentally changing the way that you’ll interact with your foes in the now dilapidated area. In the fissures are new loot chest spawns, so it’s worth exploring down there, but keep in mind that opponents will usually have the high ground advantage.

Three World War II-era bunkers have been opened up. You’ll need to use  climbing equipment to get down there or risk taking a lot of fall damage. Like the fissures, these provide a good opportunity to get loot, but expect to find yourself in close-quarters battle encounters with very few escape routes down there.

One is near Bloc 15 and the Radar Array, there’s another north of the Airport Maintenance area, and the last one is to the north of the Silos by Boneyard.

If you get defeated in combat, you’ll be captured and taken to the Zordaya Prison Complex, where you can fight for your freedom. If that sounds familiar, it’s because it’s the original Gulag from all the way back in Call of Duty: Warzone Season 1.

There are slight differences, but it is very familiar. It’s basically the Gunfight map from Modern Warfare, which also made an appearance in Call of Duty: Mobile. It’s a small, symmetrical map with three lanes full of sinks and showers you can use for cover.

Raven has made changes to the loot available in Verdansk. Here’s how things have been adjusted:

There have been some weapon attachment changes in Call of Duty: Warzone Season 6:

These are the game modes that will be available during October in Call of Duty: Warzone Season 6.

You’ll get Mason in Black Ops Cold War and Warzone at Tier 0 in the Season Six Battle Pass. If you get to Tier 100, you’ll get an Ultra-Rarity Operator version.

Fuze isn’t a part of the Battle Pass but will be available for sale at a later date. Keep an eye on the Call of Duty Store!

Arthur is a character from Call of Duty: Vanguard. If you pre-order any digital version of the game you’ll immediately get him as an Operator in Call of Duty: Black Ops Cold War and Call of Duty: Warzone.

These are the most notable items in the Call of Duty: Warzone Season 6 Battle Pass according to Activision developer Raven Software:

There are several bug fixes coming with Call of Duty: Warzone Season 6, here’s the info directly from Raven’s blog post about it.

Raven Software and Activision have made some key adjustments to the accessibility features in CoD alongside Call of Duty Warzone Season 6. Here they are:

Raven has added an option under Accessibility to change the amount of time killfeed notifications remain on screen. This is a useful change for gamers that are Hard of Vision, Hard of Hearing, or have Cognitive Overload accessibility needs.

This setting change does not alter the length of disconnect notifications.

They have added a Mono Audio option in the Audio menu, which is adjustable with a slider. This is useful for gamers with hearing impairments.

A higher value sends the audio through the left and right speakers. If you lower the value then you’ll have more directional sound simulation.

What is the Call of Duty: Warzone Season 6 download size?

Xbox One Series X/S (Warzone Only)

Xbox One (Warzone Only)

What is the release time for Call of Duty: Warzone Season 6?

There are promises of more Call of Duty: Warzone changes to come, including a seasonal “spooky surprise” called “The Haunting”, so check WePC again soon and we’ll tell you all about it. Excited for Call of Duty: Vanguard? Find out if it’ll have zombies mode here.