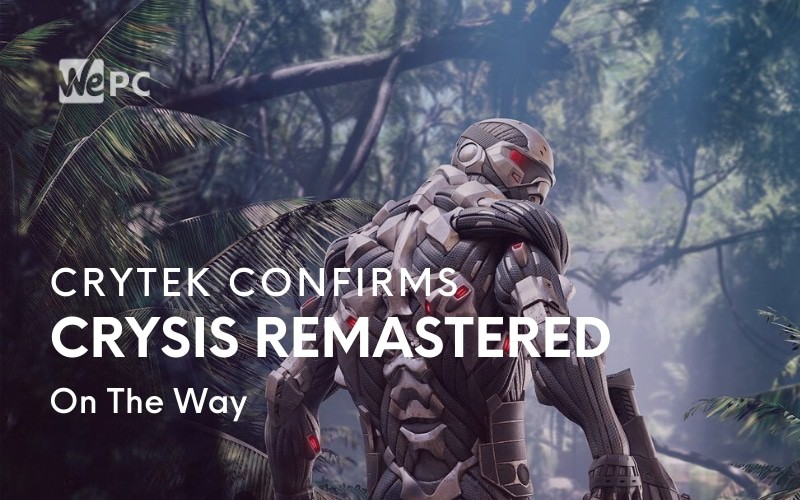 After signs of a Crysis Remastered appeared on the official website of developer Crytek website earlier this week, the developer has now confirmed that the sci-fi shooter is indeed getting the remaster treatment.

Rumors first surfaced as enterprising fans picked up on metadata on Crytek’s website, which made it clear that Crysis Remastered was in the works. The text reads ‘Crysis Remastered brings new graphic features, high-quality textures, and the CRYENGINE’s native hardware- and API-agnostic ray tracing solution for PC, PlayStation, Xbox, and – for the very first time – Nintendo Switch.’

With the cat out of the bag, Crytek took to Twitter to stamp the news with an official seal confirming the game was set for release soon, presumably in the summer months ahead.

Crytek explains that the remaster will focus on the single-player campaign of the original, which fans and critics widely praised for its excellent mechanics, innovative visuals, and the freedom given to the player in its sandbox world. Crytek will take that foundation and build on it with a significant graphical upgrade courtesy of high-quality textures, ray tracing, and, hopefully, better optimization.

The original, although revered, was criticized for its botched optimization, which meant it was incredibly demanding on hardware at the time. The hope is that this time around, Crysis Remastered will be far more forgiving and offer players a smoother experience not just on PC, but on PlayStation 4, Xbox One, and even Nintendo Switch.

Crytek has produced a trailer to accompany the announcement that focuses on the demand for a remaster, as exemplified by fan messages pleading for a remaster flooding the screen. Other than a fleeting screenshot, we’ve yet to see the game in action.

Expect to hear more in the weeks and months ahead, including a firm release date.