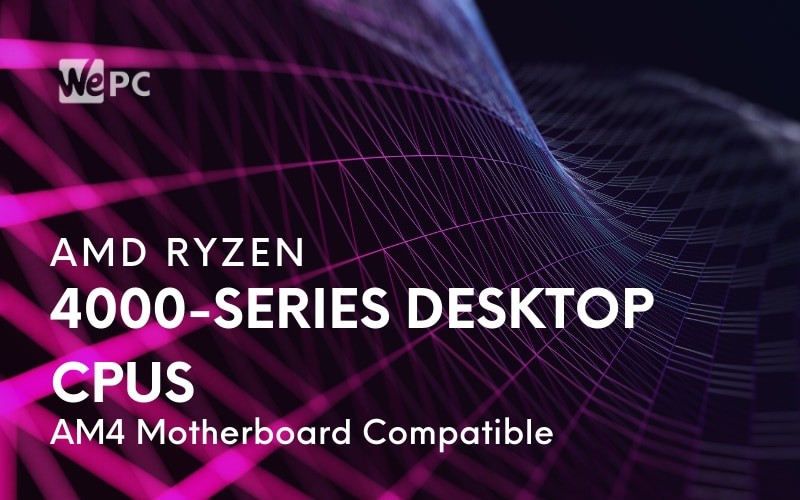 A new report suggests that AMD’s highly-anticipated Ryzen 4000-series desktop processors are set to be compatible with AM4 motherboards. Laptop manufacturer XMG reports as much on Reddit in an announcement for its upcoming AMD Ryzen 9 3950X and GeForce RTX 2070-powered XMG APEX 15 laptop.

XMG appears to add weight to the expectation that motherboard manufacturers will work in compatibility with AMD’s next-gen Ryzen 4000-series CPUs via AM4.

In a list of the specifications of the APEX 15 gaming laptop, which features an AM4 socket, XMG spills the beans by revealing that the ‘Ryzen 4000 series are slated to be compatible with B450 Chipset via Microcode Update.’ This means that B450 motherboards will have inbuilt support for the next-gen Ryzen 4000 CPUs thanks to microcode updates.

The news represents the clearest indication yet that AMD’s Vermeer CPUs and Renoir APUs will be compatible with B450 AM4 socket motherboards. By extension, this may mean that the X470, X570, and B550 boards will also support the Ryzen 4000-series CPUs.

Naturally, this is music to ears of those in possession of a B450 motherboard, granting compatibility with no less than four generations of AMD’s Ryzen CPUs. Compared to Intel with its limited CPU support, notably with murmurs that the upcoming 10th-gen Comet Lake-S CPUs will need a brand new 400-series board with an LGA 1200 socket to work, this is undoubtedly good news.

XMG also confirms that the AM4 socket will be retired after the Zen 3-based Ryzen 400-series to make way for a new chipset and socket for Zen 4 architecture-based CPUs.

As for when we can expect to get our hands on the upcoming AMD Ryzen 4000-series desktop CPUs, late summer/early autumn seems the best bet at this point with a possible announcement at Computex 2020, which has been moved from the original May slot to September.