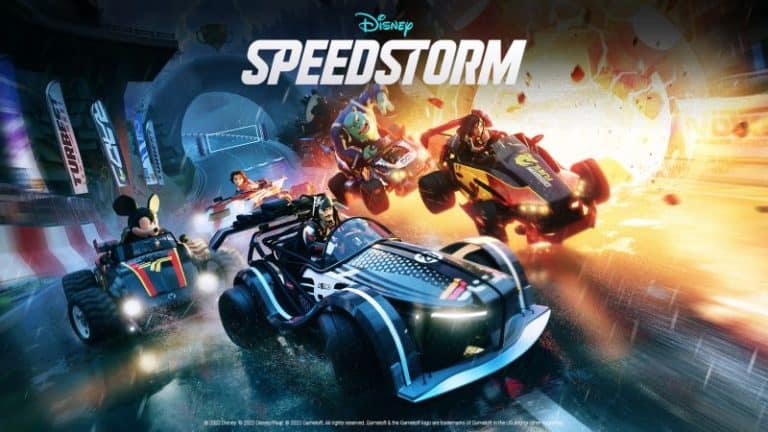 Players around the world were praying for a Mario Kart 9 announcement during February 9th’s Nintendo Direct, but were treated to something even better. (Whoa! Controversial opinion, I know.) Instead of a paid-for Nintendo exclusive, the broadcast revealed details of Disney Speedstorm, a free-to-play Disney and Pixar kart racer coming to PC and consoles later in 2022.

Now, I may be biassed here, because one of my favorite games of all time is Walt Disney World Magical Racing Tour – anyone remember that? – but this is incredible news. This thrilling new high-speed Disney title is sure to fill the 5-year (non-mobile) gap left by Mario Kart. All your favorite nostalgic, animated characters racing around colorful, familiar tracks? Let’s face it, we could be describing Mario Kart. But we’re not, so let’s take a look at Disney Speedstorm in more detail.

What is Disney Speedstorm?

Speed around your favorite Disney and Pixar movie scenes as one of a multitude of racing superstars. Master each character’s unique statistics in order to get ahead of the competition. And get into pole position by making the most of your character’s Ultimate Skill.

What characters and tracks can we expect?

So far, we know we can expect to burn rubber around Pirates of The Caribbean, Jungle Book and Monsters Inc-themed tracks. We’ve also had a sneak peek of classic characters such as Donald Duck and Mickey Mouse, Mulan and Belle, and so many more. What’s more is that we know this seasonal free-to-play title will be constantly updated with new characters and tracks over over time.

Will Disney Speedstorm have cross-play?

Yes! Play online with Disney fans across the globe, on any platform, in your bid to be the best racer in the world. As Disney Speedstorm will be available across PC,

When is the Disney Speedstorm release date?

Disney Speedstorm will be coming to PC and consoles later in 2022. However, no exact release date has been confirmed at this stage. However, the official Nintendo announcement teases a Summer 2022 release date for Disney Speedstorm, so hopefully this all-new arcade racing game should be here within about six months or so.

To be in with a chance of being one of the first to play Disney Speedstorm, pre-register at the game’s official website. By signing up, you’ll be the first to hear about any new developments, be the first to see new gameplay reveals, and perhaps even be included in beta play tests.