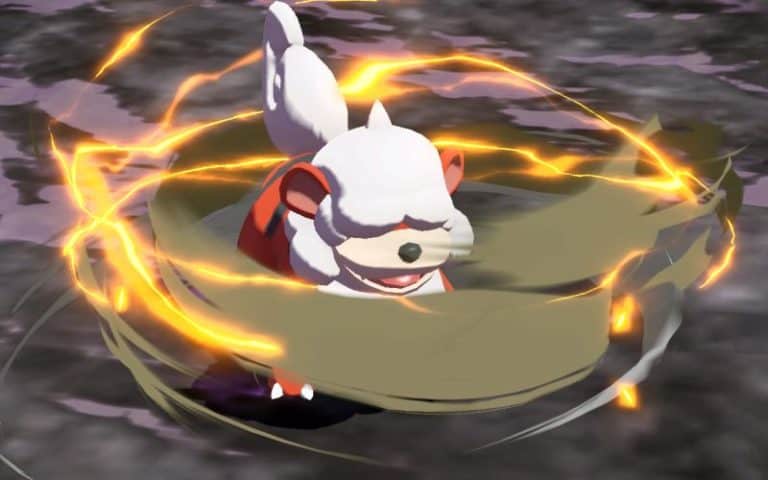 UPDATE: March 4th, 2022 — This event has no gone live over at game.co.uk. According to Pokemon.com, the giveaway will also launch in Ireland at Gamestop stores and online, though we haven’t been able to locate this on the Gamestop website just yet.

How to get Hisuian Growlithe and Feather Balls Mystery Gift UK

Note that Game has warned that the code could take up to one week to land in your emails.

Earlier in February 2022, some Pokémon fans spotted signage across Gamestop stores in the US announcing a Hisuian Growlithe and Feather Ball free giveaway. According to Serebii, it has now been announced that the giveaway is coming to the UK, Germany and The Netherlands, as well.

While the US distribution starts on February 25, 2022, the GAME UK event will apparently start a little later on March 4th. Lasting for an entire month, you will be able to get the Pokémon Legends Arceus Mystery Gift code from the GAME UK website up until April 4, 2022. At present, we still don’t have the full information on how this giveaway will work, but we do know that the Mystery Gift code will award players with a Hisuian Growlithe and 20 Feather Balls.

We’ll update this page as soon as we get official confirmation of how to grab your code.

Serebii has also reported that the giveaway has also been confirmed for players in Germany and The Netherlands. This European distribution will also take place between March 4 and April 4, 2022. Again, we’ll let you know once more official information has been announced.

What is Hisuian Growlithe?

Hisuian Growlithe is the adorable Hisui region variant of fan-favorite Gen 1 Pokémon Growlithe. In case you haven’t started on Pokémon Legends: Arceus yet, we don’t want to spoil anything, but Growlithe plays a big part in the Arceus storyline. As with other regions like Alola and Galar, Hisui features a number of new regional variant Pokémon, instead of being an entirely new generation. As such, fans of the franchise are still holding out hope for a big Gen 9 game announcement.