And it's already surpassed its kickstarter goals 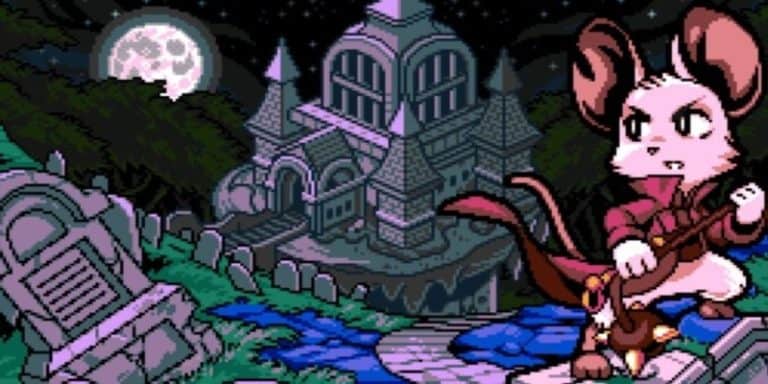 Shovel Knight developers Yacht Club are hard at work. The company have recently been putting the final touches on co-developed Shovel Knight spin-offs, Shovel Knight Dig and Shovel Knight Pocket Dungeon. But for the first time, Yacht Club have revealed that they are working on a game that does not take place in the Shovel Knight franchise. Mina the Hollower was unveiled earlier today on Kickstarter, and it’s already surpassed its initial funding goals.

A game of Bat and Mouse

The game looks to include the skills and enemy design of Castlevania, passed through a lens of Gameboy colour-era Zelda titles. From the crack of a whip down to the languid arc of a thrown axe, Mina looks to bring the Belmonts’ classic skillset back to life. It will be fascinating to see how they translate to an entirely different type of game design.

And more than that, it cannot be overstated how much this game looks like Link’s Awakening or Oracle of Ages/Seasons. From the blocky 2D maps, down to minute details like specific key and lock designs. Mina the Hollower looks like a dream for fans that grew up with these often-overlooked games in Nintendo’s legendary series.

Times have changed for Yacht club. At the time, developing Shovel Knight via Kickstarter was a necessity to secure development funds. But the Shovel Knight franchise has seen widespread success and acclaim. Yacht Club surely have a wealth of publishing options available to them. So why return to crowdfunding?

In addition, Yacht Club are eager to “build a community through Kickstarter”. This all seems to be a sound strategy. Shovel Knight didn’t get where it is through being the most marketable, big-budget game in the world. Instead, it grew through word of mouth and engaging with a dedicated fanbase, eager to see the game come alive.

According to Yacht Club, Mina the Hollower is still “in the thick of development.” No release date has been announced yet, but the game already looks exceptionally polished. Hopefully they will have more to share before too long.