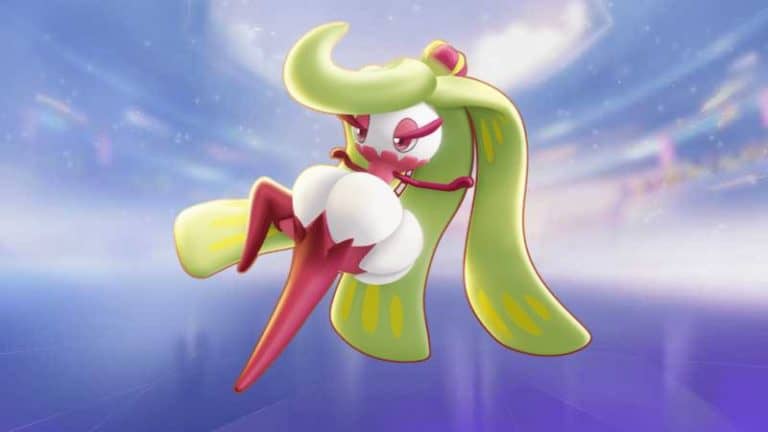 The patch notes for the latest update of Pokémon Unite, which has just been launched in game, features the newly-added Tsareena, and her pre-evolutions Bounsweet and Steenee.

The latest Pokémon Go maintenance is now complete and Pokémon Unite servers are back online. With them comes the release of Tsareena, the Grass-Type Fruit Pokémon, who will start every match as the adorably cute Bounsweet.

At Levels 1 and 3, Bounsweet can learn Razor Leaf and Rapid Spin.

Razor Leaf is particularly good as it’s critical-hit rate is greater than that of basic attacks.

Rapid Spin, meanwhile, benefits from a temporary boost to Bounsweet’s movement speed after use.

At Level 5, once Bounsweet has evolved into Steenee, the Pokémon can then change Razor Leaf into either Triple Axel or Stomp.

With Triple Axel, Steenee will spin-kick in a designated direction. Three kicks are attempted, with each one that lands resulting in increased damage. Steenee’s basic attack speed will also increase for a short period once the move has ended.

Stomp will instead have an effect on the opponent, leaving them unable to act for a brief period of time.

At Level 6, Steenee will evolve into Tsareena.

With Steenee’s evolution into Tsareena, the Pokémon will be able to upgrade Rapid Spin to either Trop Kick or Grassy Glide.

Trop Kick, while damaging opponents with a flying kick, will also have their Attack decreased for a short while. Other opposing Pokémon caught in the area of attack will also take damage and will see a reduction in their movement speed.

While Trop Kick sees Tsareena hit from above, Grassy Glide will have her slide along the arena floor in a designated direction, damaging any opposing Pokémon she hits. The move will also cause damaged opponents to have reduced movement speed for a short time. Grassy Glide then concludes with a slide in the opposite direction, which again shoves and damages opposing Pokémon in Tsareena’s path.

Tsareena’s unique Buff move is Queenly Majesty, and will award the melee attacker with a few defensive bonuses.

Activating Trop Kick while using Queenly Majesty, however, will grant Tsareena with a shield.
The same will occur when using Grassy Glide under Queenly Majesty.

Tsareena will learn her unique Unite Move, Queen Ascendant, at Level 9. The attack sends an opposing Pokémon high into the air following an initial kick, which Tsareena then follows up with multiple kicks to the opponent while they are in the air. When Tsareena returns to the ground, she will recover her HP.

Pick up Tsareena’s Unite license from the United Battle Committee shop for free now, and get ready for Dragonite’s arrival in a few days as part of the Pokémon Unite Christmas event.