the new Rogue Company character has arrived, and her name is Glimpse. 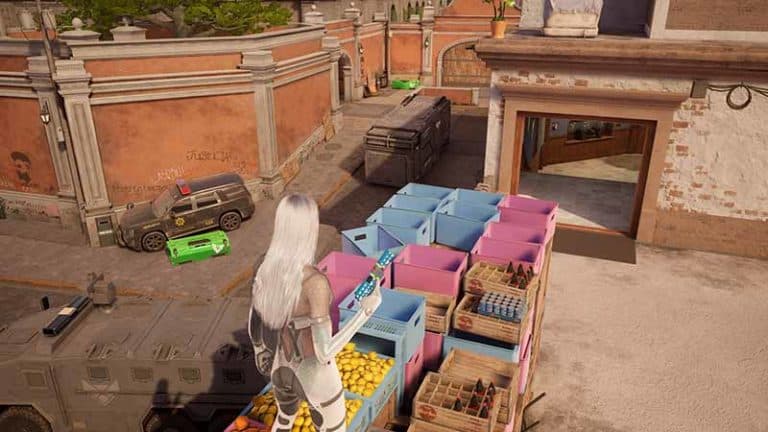 The main selling point of the New Rogue Company patch notes is centred on Glimpse. Rogue Company’s new character is a stealth-based Recon character, whose job is to infiltrate using her stealth features and create opportunities for her team.

The core of the character’s design uses a camouflage ability, which turns the character almost completely “invisible”. Pressing her ability enables the camouflage skill, which makes her harder to see while the supply on her skill lasts. It is important to mention she has three different qualities of camouflage. If she is stood still, she is almost invisible. Moving slightly, and she’ll have some light on her, making her easier to see. If she is running, she’ll glow white while still being see-through, giving her away while she moves at pace. Glimpse also gives off other visible queues, such as her jumps emitting dust from her feet upon landing, as revealed during the RoCo showcase.

In addition, the rest of her kit includes a Nightshade AR or the Knight SMG. Her secondary also includes the P12K pistol, a Kukri melee weapon, along with a new pop smoke gadget. The pop-smoke is a new grenade that Glimpse can use in her arsenal. This version of the smoke grande will erupt in smoke as soon as it touches a surface; in comparison to other smoke grenades deploying a smokescreen when the grenade settles. It allows the user to make smoke walk in a more unique way.

Lastly, her passive is called Sleighty, which allows her to periodically detect enemies around her.

As part of the Rogue Company Patch notes, the developers revealed the upcoming Project Saint, which is essentially a roadmap of content updates for the year. Rather than focusing on new content like Rogues, maps, events and cosmetics, they are going to vastly redo some outdated features.

There are some major changes coming to the HUD. It will help players identify the role of a weapon, along with the fire type it uses, That way, players don’t have to waste their time experimenting with weapons, finding the exact weapon they want to use from the get-go. Meanwhile, DMRs are getting a unique crosshair and it will likely see more weapons get unique crosshairs in the future – think Halo.

These new Rogue company patch notes also go into detail about a reworked armor system. Hitmarkers will correctly display the armor status on the target. If your opponent is armored you’ll get a hitmarker, if the armor breaks you let a new one and a partial armor symbol if they are slightly damaged.

Quite a few Rogue Company balance changes are coming to the game in the latest round of Rogue Company patch notes. Fans of Sigrid will find her shield bash damage is now valued at 50, making her two-shot slap a thing. Moreso, she gets better movement speed while in the crouch stance to help motivate players to turtle up and advance.

Meanwhile, Vy is getting a big change courtesy of her new Leeching Rounds perk. The perk grants her temporary health when she deals damage with her weaponry. It is rather fitting to Vy’s toxic life drain playstyle.

There’s also plenty of map changes and weapon adjustments. Some of the most notable changes to maps include Canals, which became much more climbable, along with Hi-Rez removing two containers. You can also get on the boathouse roof. In addition, there are even more climbable spots on Wanted, Vice, Favelas, and more.

If you’re interested in the full Rogue Company patch notes and Rogue Company’s new character, you can head here and read it in full.