Here are the RuneScape 3 patch notes for the Het's Oasis restoration event. 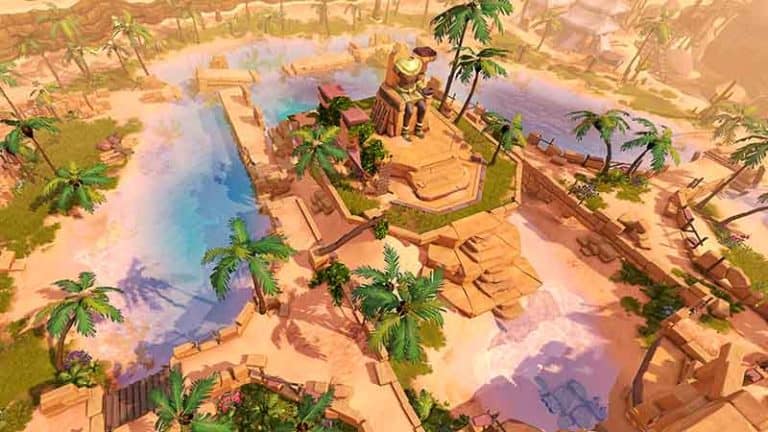 RuneScape 3’s first major update of 2022 has arrived. The team over at Jagex have dropped a very big content update, bringing in Het’s Oasis, revamping the Arena after 18 years and more. Here is everything you need to know about the RuneScape patch notes.

Hets Oasis is the theme of the new content patch for RuneScape 3. The core of the update takes place after a major earthquake destroyed the Arena. Scapers are now tasked with helping to restore the arena to greatness, and back to its blood spilling greatness. Expect to encounter daily tasks, along with the reward for yourself based on your own merit, and as a community.

The RuneScape 3 Het’s Oasis event takes place for a two week period. By the end of it, the arena will get referred to as Het’s Oasis. In addition, the area comes with new learning and exploration opportunities along with new skill-based combat and challenges for Hunter, Farmer and Agility skills. You will also et the chance to fight for the God of Death through two Eye of Het mini-quests, which will eventually lead to Het’s tomb for items of significant power, linked to the Elder Gods story saga.

Moreso, the patch also comes with a few bug fixes. Players will find the store correctly displays the correct discounted price in the store. There are also bug fixes for players who find bigs while equipping items through the bank. Also, those who are playing through the darkness of Hallowvale questline will no longer be gatekept by a bug amongst other bug fixes.

It’s also worth mentioning this RuneScape patch has a few issues. One Reddit user has reported the Corc you get for the Het’s Oasis content is bugged. If other players catch a scarab before your croc does, your croc will get stuck. Perhaps that’s is something that will get hotfixed in sooner than later.