Rust received a new content update to commemorate the one-year anniversary of the Console Edition of the game. 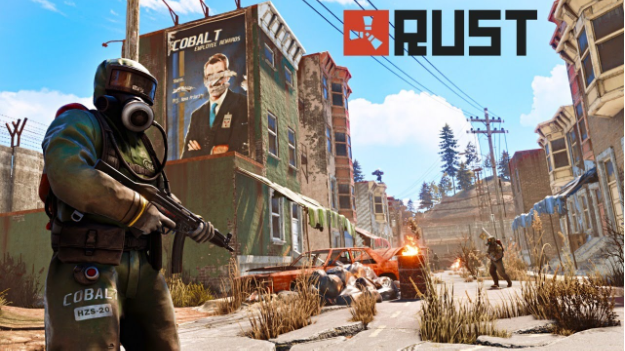 Rust received a new content update to commemorate the one-year anniversary of the Console Edition of the game. The new update has already been out in the public test branch environment of the game and it is now available in the live version of the game. The addition of Fishing Villages and Rowboats will make the gameplay a lot more exciting.

Players Can Now Use Kayaks

Kayaks will be super useful to help you get to the Oil Rigs without the need for low-grade fuel or splashing out the scrap for a better boat. buy the Blueprint for the Kayak and the Paddle, which can also be used as a weapon. Kayaks can also be found inside containers around the map if you want to go out on fishing sessions.

The new Fishing mini-game allows you to catch a great variety of fish depending on where you are and the type of bait you are using. Rivers, lakes, and ocean shores will all provide different fish, and some of them can only be obtained with the right bait. Once you catch a fish, you can then cook it to use as food or sell it in one of the vending machines inside the Fishing Villages.

The Fishing Villages are the new monuments added with Deadly Catch, and two variants will be present on the map. They are safe zones, just like The Outpost or The Bandit Camp. Inside the Fishing Villages, players will encounter traders selling Blueprints for the Kayak, Paddle, and Handmade Fishing Rod. They also sell diving gear and boats. There’s also a vending machine where you will be able to sell all your fish.

To celebrate the one-year anniversary with the console community, Rush will have a special skin that will be available in the near future. All players will be able to obtain the skin for free and more details about it will be revealed soon.

The developers are working on optimizing the game as newer updates have led to more memory consumption. We can expect changes to optimization in the near future. If you check out the official patch notes, you can view them here. If you want to check out all of the Rust console commands that you can use in 2022, you can check out our full list of codes here.