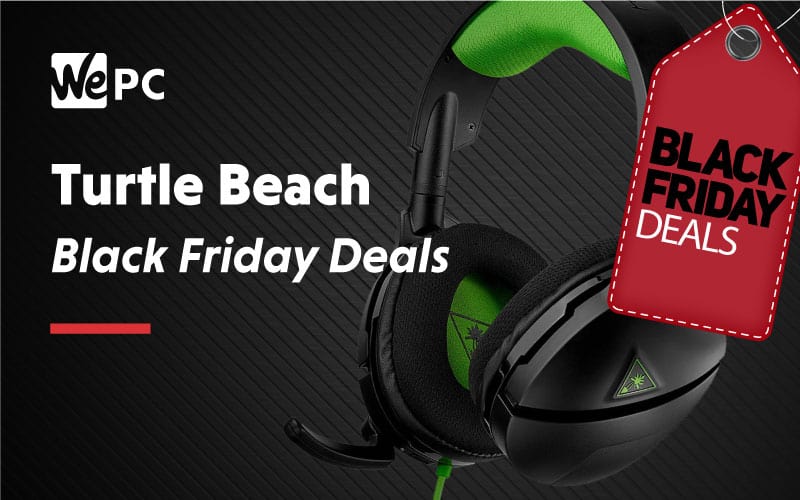 Black Friday is finally here! With many storefronts flogging their wares at heavily discounted prices, it’s the ideal time to stock up on gaming kit or pick up some choice gifts in time for the holidays.

In this article, we’ll focus on what Turtle Beach has up its sleeve for this year’s edition of Black Friday. Turtle Beach is among the most recognized purveyors of gaming headsets, whether that be for PC, Xbox, Playstation, or Nintendo.

We’ll be compiling a list of all the best Black Friday deals from Turtle Beach, and there are set to be quite a few. As always, we aim to do the heavy lifting, so you don’t have to.

With Black Friday slated for Friday, November 29th this year, there’s precious little time to wait before the big deals start dropping. We expect Turtle Beach to offer a multitude of discounts across its line of headsets.

We’ll start updating this page as soon as the deals start coming in. For convenience, we’ve divided the article into different sections to make finding what you need that much simpler.

In this section, we’ll cover all the very best deals from Turtle Beach.

Here we will have the best Xbox One headsets from Turtle beach, running the gamut from entry-level models to the top tier pro variants.

Turtle Beach manufactures console-specific headsets, so we’ll be dedicating this section to deals on PlayStation 4 headsets.

And who could forget the mother of all platforms, the PC? Here, we’ll list the most significant discounts on PC headsets.

During last year’s Black Friday, Turtle Beach slashed prices on most of its products to the order of 50% in the best cases.

For example, here are some of the best from last year’s sale;

Going by this, we expect some similar deals for this year’s Black Friday.

We are big fans of simplifying the hunt for the best deals and our aim with this article is to do just that for Turtle Beach products.

Remember to bookmark this page in anticipation, so you aren’t left rudderless on Black Friday this year.

Save $600 on an Asus ROG Strix Scar II Gaming Laptop